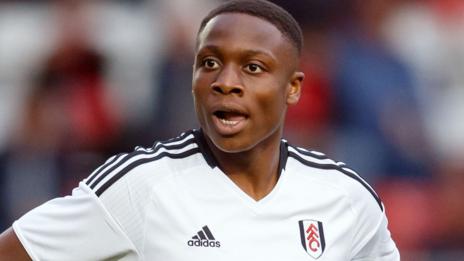 When Alistair Mackintosh was recruited to become Fulham’s chief executive, he was given a clear remit to bring through more promising youth players from the academy that Mohamed Al Fayed had invested so heavily in. Whilst many things haven’t brought a smile to the faces of the Fulham faithful over the past few years, the sight of so many youngsters nurtured through the club’s finishing school by the likes of Huw Jennings, Malcolm Elias and Steve Wigley flourishing in the first team showed the pathway was working. Last night’s EFL Cup tie, where Slavisa Jokanovic rung the changes for the trip to Leyton Orient, showed there’s plenty of promise beyond the team that reached the 2014 FA Youth Cup final.

Eight of the starting eleven came through the club’s academy. Jesse Joronen, whose only previous experience of senior football at Fulham was a handful of matches at the start of Felix Magath’s Championship experiment, recorded his first competitive win at the club. On one side of the back four was the latest great white hope, the highly-rated and incredibly mature Ryan Sessegnon, who offered an outlet going forward and let nobody down in defence. It is worth underlining the fact that for all his composure, Sessegnon is still only 16 and hasn’t even received his GCSE results yet. Sean Kavanagh has received plenty of flak during his short Fulham career – and was even ridiculously rated at 3/10 in one online report I read this morning – but delivered a creditable display out of position at right back and whipped in a delicious corner for the opening goal.

The scorer of that goal, Dennis Adeniran, was the undoubted star of the show. He had the pedigree that a series of impressive performances for the England under-17 side brings, a calmness in possession that meant he looked unperturbed by pressure from the opposition and the physicality to mix it with the Orient midfield. More than that, he had the presence of mind to curb his aggression following a harsh booking for celebrating his debut goal with his father at the front of the North Stand. Only when Adeniran went off, having been caught late after releasing the ball, did Fulham’s grip on the contest loosen – and that’s the highest compliment you can pay the teenager.

Tayo Edun had a solid pre-season, even featuring as a central midfielder on occasion, but enjoyed a quietly effective first display down the left, getting through plenty of defensive work to protect Sessegnon at full back and deploying an impressive turn of pace to carry the ball deep into Orient territory. Luca de la Torre, whose name has long been mentioned in hushed tones around Motspur Park as a star of the future, exerted an early influence on proceedings as a roaming number ten, drifting into dangerous pockets of space behind Cauley Woodrow, with bundles of energy, quick feet and a keen eye for a pass. The American faded as the match went on, but this was still an eye-catching introduction to senior football.

A word, too, for Woodrow as, for many, the jury is still out on a player who has been around for the first team for a couple of seasons. People still too swiftly overlook the fact that he’s 22 and has never benefited from an extended run in the side. His sumptuous finishes should grab the headlines, but there was amble evidence that Woodrow has bulked up over pre-season, as shown when he shrugged aside Aron Pollock before surging away to score his second. The quality of his link-up play has never been in doubt, and he showed a willingness to drop deep and receive possession to relieve the pressure on the defence, whilst it seems that he has added free-kick taking to his repertoire during the summer.

There are two schools of thought as to Jokanovic’s approach last night. It may be that this was a timely nudge to the board to get the reinforcements in to give Fulham a genuine chance of sustaining a promotion push, but the maturity and skill with which these youngsters delivered – and then weathered a serious Orient rally at the death – should give everyone pause for thought. Elias, Jennings, Wigley and Mackintosh have invested significant time and resources in getting the pathway right and this crop of talented youngsters showed more than enough to suggest they can utilise it to the full.