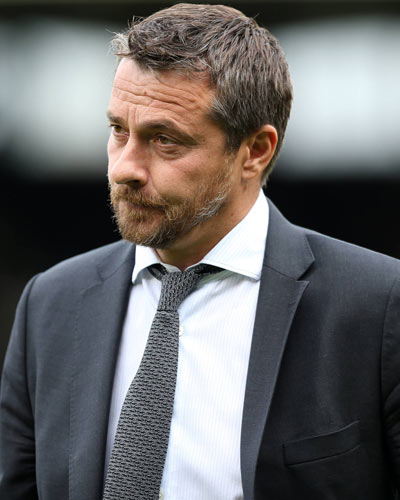 Fulham’s 49-day search for Kit Symons’ replacement at Craven Cottage has ended; after the football club announced the appointment of Slavisa Jokanovic, after agreeing compensation with Israeli side Maccabi Tel Aviv. The Serbian’s playing career spread mostly over his native country and Spain with two years in West London with our neighbours Chelsea. A highly rated coach, Jokanovic has six honours to his name in three different countries prior to the age of 47. In his first two seasons in management, Jokanovic won consecutive doubles with Partizan Belgrade; giving good game to Stevan Jovetic and Adam Ljajic at the ages of 17 and18 before the moved to Fiorentina in alternate seasons, as well as 20 year-old Zoran Tosic before he moved to Manchester United. Whilst at Partizan, Slavisa Jokanovic was named as the “Best Coach in Serbia” but refused to accept the reward due to poor results in the UEFA Cup.

Following a two and a half year absence from management, Jokanovic travelled to Thailand where he took over at Muangthong United, replacing Robbie Fowler interestingly, and he led the Thai outfit to the division title undefeated – putting together both the highest scoring attack and the most miserly defence. Then came what seems to have been an unsettled period for Jokanovic. In July 2013, he spent around four months at Levski Sofia in Bulgaria before being sacked, and in May of the following year, he coached five matches at Hercules in Spain and was unable to save the Alicante based football club from relegation to the third tier of Spanish football.

In October of 2014, Jokanovic was identified as the man to take Watford from the Championship to the Premier League as he became the fourth man in charge of the Hornets in 37 days, succeeding former Fulham coach Billy McKinlay. The Serbian fulfilled his task, taking Watford up as runners up, although a last minute goal cost them the title. Jokanovic’s attacking brand of football excited Vicarage Road as they scored three or more goals in a match on eleven separate occasions in his tenure; and despite losing four of his first eight matches, it finally clicked for the Serbian and his team as 15 wins in their last 21 matches saw them pip Middlesbrough to second place. Tactically flexible, Jokanovic largely favoured a 3-5-2 at the Hornets, with a deep lying playmaker at the base of the midfield, and two less shackled central midfielders, allowed the freedom to influence the game in attacking areas, with two wing backs and two strikers, Watford were just as affective away from home, as we found to our cost in a 5-0 defeat at Craven Cottage.

After departing Watford after a disagreement over a wage increase in his potential new contract after guiding them to the Premier League for the first time in eight years, Jokanovic was appointed as the head coach at Maccabi Tel Aviv, where his record of success quickly continued as he guided the Israeli outfit to the group stages of the Champions League for the first time in eleven years, knocking out Basel in the play-off stages. The Serbian’s short spell in Israeli football came to an end after Fulham made him the first manager “purchased” from another football club after agreeing a compensation package worth £368,000 with his former employers.

Jokanovic has yet to oversee a long-term project, but has a proven track record of success and developing young talent. With a pedigree at this level and a studious background, he appears an exciting appointment, who might quickly make Fulham fans forget the lengthy delay in replacing Kit Symons.