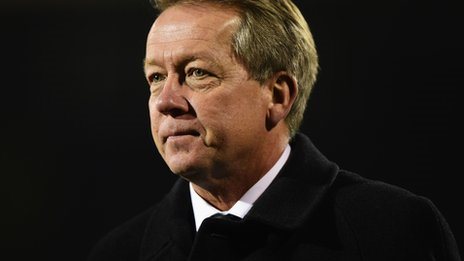 Fulham manager Kit Symons has opened up about Alan Curbishley’s role at the club – revealing that the former Charlton Athletic boss operates as a sounding board and source of advice to him on managerial matters.

Curbishley had a brief spell as a football consultant at Craven Cottage when Rene Meulensteen was appointed as Martin Jol’s replacement, but left Fulham when the Dutchman’s tenure as head coach was abruptly ended in February 2014. He returned to Fulham last season when Symons stepped up from running the under-21 side to replace Felix Magath and Symons is grateful to be able to tap into Curbishley’s experience:

He’s been really good. He’s vastly experienced and very down to earth. He’s been a big help to me and the staff. He’s come in to assist me with first team affairs. His level of experience is top drawer. He’s not a mentor but he’s someone I can tap in to with his experience. I can court his opinion on all football decisions and he’s got good solid opinions.

Symons admits he is working hard to solve Fulham’s defensive issues that have continued this season after his side endured the second-worst defensive record in the division last term, ahead of relegated Blackpool. He hopes that the arrivals of centre backs Tim Ream and Richard Stearman as well as Ryan Fredericks might address the problems – but confirmed regular defensive drills take place at Motspur Park.

“We always do defending work. We did last season and did big blocks of it in pre-season. We look at the opposition’s strengths and try and combat it. A lot of goals have come down to errors and mistakes. It can be frustrating.