Meulensteen: Win was ‘a big statement’ 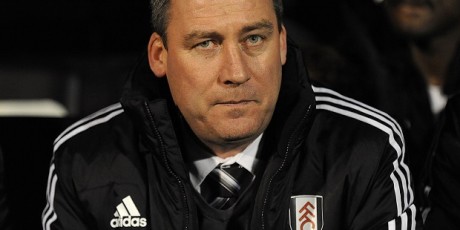 The Dutch head coach believes Fulham can use the momentum generated by their come-from-behind success at Carrow Road to climb the Premier League table. The visitors showed real resilience as they fought back having fallen behind to a deflected strike from Gary Hooper, with a free-kick from Pajtim Kasami levelling matters and Scott Parker’s stunning winner securing all three points three minutes from full time.

It was a big statement. We’ve worked so hard, but to start this block of four games over the Christmas period with a win was very important.

The goal we conceded was early in the match and got deflected off Aaron (Hughes) and looped over the keeper. But we responded well and it was a great free-kick from Kasami and the second half we built on that. I cannot fault the players for resilience. We’re looking for clean sheets, but obviously we conceded today, but I said make sure we keep a clean sheet in the second half and then if you score again you win the game.

We’re still in the bottom three and there’s where we don’t want to be, but we’ll keep looking forward and looking up and keep the performances going and I think we’ll steadily climb up the table.

Fulham’s win was all the more impressive as it was achieved despite the absence of a couple of key players. Dutch international goalkeeper Maarten Stekelenburg who turned his ankle in training on Friday, whilst Dimitar Berbatov again failed to pass a fitness test on his injured groin. Meulensteen said the news was positive about the extent of Stekelenburg’s injury:

The X-ray showed there is nothing wrong with the bones so hopefully he won’t be out for too long. It’s ligament damage so we’ll assess that.