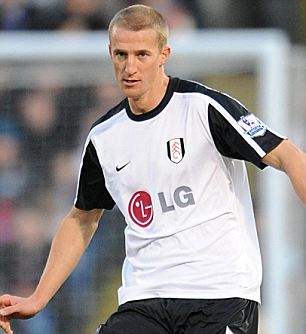 Brede Hangeland and Bjorn Helge Riise have been speaking for the first time about Mark Hughes’ departure from Fulham last week.

Hangeland said he felt certain that Hughes would continue in his role at Craven Cottage, but disclosed that he feels ‘excited’ by the challenge of playing for a new manager. Interesting, the Norwegian captain, who was named in the FSF Premier League Team of the Season this weekend, felt that Fulham only had an ‘okay’ season, despite finishing eighth in the Premier League.

I was pretty sure that he was going to stay. Now we will have a new manager and that will be exciting.

(I had) a really good relationship with him. He came in with a new philosophy that demanded a lot from many, me included. It became better and better and we had an okay season. But now we must start again with a blank piece of paper.

Riise, who was largely on the periphery during Hughes’ season at the club and finished the campaign on loan at Sheffield United, recognised that a new manager might involve him more but insisted he was disappointed by the news.

Hughes has done a great job and he’s a really nice man and a good trainer. The only negative was that I didn’t get to play that much.

It could be positive for me, but it wasn’t like I shouted when I got the message. The only thing I can do is get back and do my best, but I want to stay in London.

Both Hangeland and Riise played in Norway’s narrow defeat to Portugal in Lisbon last night. Former Tottenham striker Helder Postiga scored the only goal, leaving Norway, the Portuguese and Denmark locked together at the top of a tight Group H on ten points.