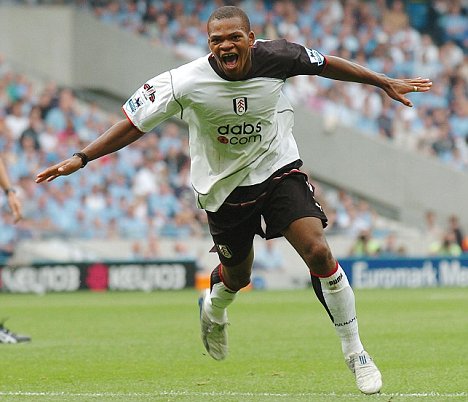 Collins John will join Chicago Fire on trial for their pre-season training camp.

This piece suggests that Frank Klopas, the Fire’s technical director, has spoken with Brian McBride, who would team up with John again in Chicago, and Carlos Bocanegra about the Dutch striker, who they know from his days at Fulham.

John’s career has gone rapidly downhill since a bright start at Fulham. Exceptionally talented, the Liberian-born forward was capable of scoring breathtaking goals – like that jaw-dropping volley at Middlesbrough – but also frustratingly lazy and seemingly unable to grasp the concept of the offside law. Having been released by Fulham, John has failed to impress at NEC or KSV Roeselare in Belgium.

Let’s hope he’s grown up a bit or he could be that all-too-common footballing phenomenon: a talent youngster who squandered his talent.