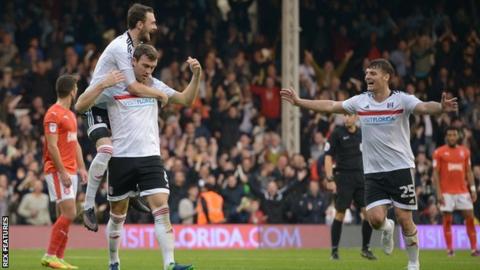 Slavisa Jokanovic has hailed midfielder Kevin McDonald’s impact at Fulham – as the Whites prepare to return to his old club Wolves for a crucial Championship clash on Saturday.

McDonald, who had been a long-term transfer target for the Londoners, finally made the switch to Craven Cottage in the summer and has seamlessly fitted into Jokanovic’s shape. Such has been his competence as a defensively-minded presence in the Fulham midfield, the Serbian head coach has felt comfortable enough to tweak his favoured system to allow Tom Cairney to play as an advanced playmaker – and the move has been one of the reasons for Fulham’s recent improved form.

Jokanovic was effusive in his praise of the former Sheffield United man’s impact at his new club, telling GetWestLondon:

Kevin is an experienced player. He didn’t need much time to adapt to us. He’s shown his quality and personality.

We signed him because we believe he can help us and at the beginning of the season he did a very good job. We all have weaknesses and strengths and he tried to cover his weaknesses and try and show his strength of the players to meet the plan. This is the situation for all of us.

The Fulham head coach admits that the arrival of so many new players – and their successful introduction to a new-look side gives the club a real sense of competition for first team places that they have lacked in recent years.

The situation is similar to all the other players not playing. There are only 11 places in the starting line-up. For different reasons, some of those players aren’t in my first plans at the moment.

We signed 14 players and I can’t start 14. If they play, then others are outside. Tickets to the team aren’t sold out. They need to push themselves and earn enough in the training to put themselves on the bus.