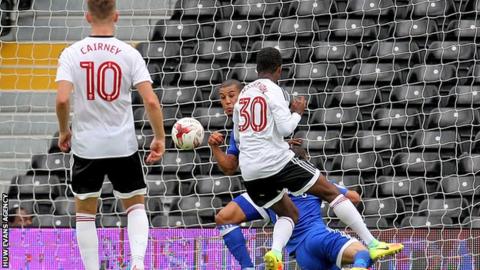 Kevin McDonald has urged Ryan Sessegnon to rebuff the advances of Premier League clubs and stay with Fulham to continue his impressive development.

The former Wolves midfielder, whose first goal for Fulham earned a point against Cardiff City on Saturday, believes that the 16 year-old defender will be best served by being gradually introduced to senior football at Craven Cottage rather than moving to a top flight academy.

Ryan’s at a great club to learn his trade and progress. The experience he’s getting in games and training with the players every day is good for him. I’m sure he will continue kicking on. He has everything in his locker to be a top player and it’s up to him how he does it.

Sessegnon, who became Fulham’s youngest-ever goalscorer just three minutes after replacing the injured Floyd Ayite at the weekend, has been linked with moves to the likes of Manchester City, Tottenham, Arsenal and Liverpool in recent weeks.