Fulham ‘closing in’ on Kebano 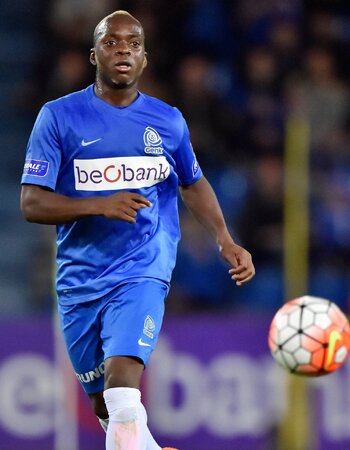 Fulham are close to completing the signing of midfielder Neeskens Kebano after agreeing a fee believed to be £3.8m with Genk, according to widespread reports throughout the day.

Kebano travelled to the club’s Motspur Park training ground today to began his medical ahead of the proposed move and his signature is thought to be a mere formality with personal terms already agreed. Fulham will pay the Belgian club an additional £800,000 should be successful in winning promotion from the Championship this season.

The 24 year-old, who was named after the great Dutch midfielder Johan Neeskens, operates mainly as an attacking midfield but can also play as a winger. He began his career with French giants Paris Saint-Germain, winning the domestic double with their youth side, but got his first taste of professional football with the then Ligue 2 side Caen on loan.

Kebano, who has won 12 caps for the Democratic Republic of Congo and scored one goal having switched his international allegiance after representing France at youth level, scored 23 goals in 73 games for Charleroi and managed nine goals in 45 appearances for Genk last season. Kebano’s arrival could come just in the nick of time for Fulham head coach Slavisa Jokanovic after new signing Floyd Ayite injured his hamstring in Saturday’s home draw against Cardiff City.