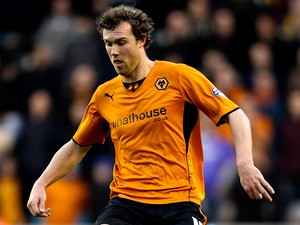 Fulham have finally completed a deal to land long-term target Kevin McDonald, who arrives from Wolves, for a fee believed to be in the region of £1.25m.

The 27 year-old Scottish midfielder was close to joining the Cottagers a year ago but the proposed deal collapsed over differences in valuations between the sides. McDonald returned to the Midlands and became a key figure in Kenny Jackett’s side – starring in Wolves’ win at Craven Cottage last season – but didn’t play for the first team again after being taken off at half-time against Bristol City, fuelling rumours of a feud between him and the manager.

McDonald, who helped Wolves to the League One title in 2013/2014 as they set a new points record for the division, arrives at Fulham with a reputation as one of the Championship’s most precise passers of a ball, but also as a strong protector of the back four. The former Dundee midfielder has signed a three-year deal with the Whites, with the club retaining an option to extend that by a further twelve months.

“I am absolutely delighted to get it over the line. It’s a real privilege to be part of this club and I cannot wait to get started.”

McDonald, who scored memorable goals against Arsenal during his time at Burnley, made 77 appearances during a spell at Sheffield United and teams up with former Wolves team-mate Richard Stearman in London.