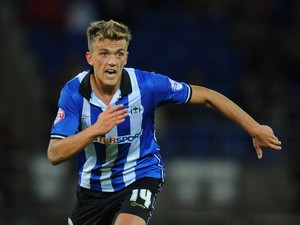 Fulham are considering a summer move for Welsh international midfielder Emyr Huws, according to the Daily Mail.

The London club have long considered the stylish midfielder as a potential signing having been linked with his signature when he featured in the Manchester City youth side. Huws caught the eye again during the 1-1 draw at Huddersfield Town, where he enjoyed an impressive loan spell, last season and Fulham are considering whether they could match Wigan Athletic’s £2.5m valuation.

The 22 year-old scored five times in 30 league appearances for the Terriers last season and was considered unfortunate to miss out on inclusion in Chris Coleman’s Welsh Euro 2016 squad, especially after he starred during their friendly defeat by Sweden at the weekend.