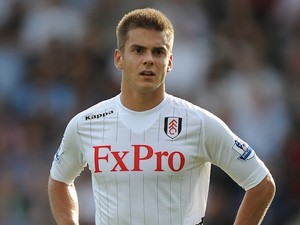 Fulham have confirmed this morning that they are releasing thirteen players following the expiration of their contracts.

Both Swedish winger Alex Kacaniklic and centre back Dan Burn had already made public their intention to leave Craven Cottage at the end of their current deals, whilst the club have decided not to invoke an option in Shaun Hutchinson’s contract to extend his stay in south west London. Midfielder Jamie O’Hara, who arrived on a free transfer last summer, leaves after just a single season at the club.

An extensive number of youth-team players have also left Fulham. Defenders Stephen Arthurworrey and Liam Donnelly had began their careers promisingly but spent much of the past two seasons out on loan, whilst Jordan Evans, Dean O’Halloran, Ian Pino Soler, Ange-Freddy Plumain and Aaron Redford are also also leaving. The departure of Evans is perhaps the only surprise – with the left-sided midfielder impressing on loan at Oxford towards the tail end of last season and having previously been regarded as one of the brightest prospects at Motspur Park.