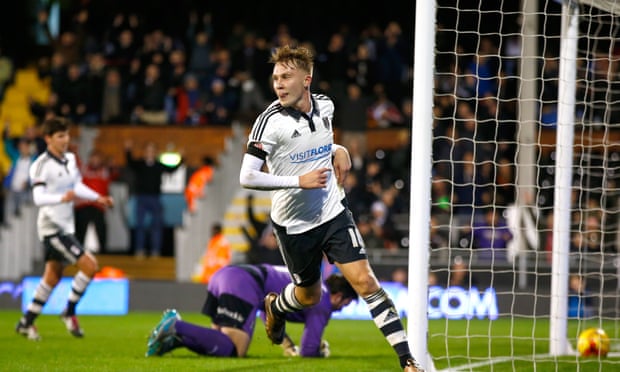 Cauley Woodrow constructed a compelling case for a regular starting spot under Slavisa Jokanovic as he scored twice in front of Fulham’s new head coach to inspire the Whites to their first win in ten games against Rotherham United.

The England under-21 international, who replaced the injury Moussa Dembele as one of three changes in Stuart Gray’s final team selection before he hands over the reigns to Jokanovic, opened the scoring in the sixth minute and then steered in a vital second just before half-time to restore Fulham’s lead and calm the nerves around Craven Cottage, with the home side looking vulnerable at the back. Woodrow made the vital third after the break with a barnstorming run down the left and leaving him out of the line-up to face Sheffield Wednesday on Saturday will be tough.

Fulham’s win was much needed after their turbulent search for a replacement for Kit Symons threatened to drag them into a relegation scrap. Rotherham, buoyed by a thumping win over Bolton Wanderers at the weekend, travelled south hoping to extend their own good run of form and edge Fulham closer to the drop zone, but they fell behind to the first clear cut chance. Skipper Scott Parker, another who returned to the side this evening, nodded a pass forward towards Ross McCormack, whose clever dummy, allowed the ball to run through for Woodrow. The former Luton forward darted behind the Rotherham defence, skipped around Lee Camp and coolly tapped home his first goal in four months.

Alex Kacaniklic might have made it two a few minutes later when his low drive was thwarted by an onrushing Grant after another clever McCormack pass, but Fulham’s defensive frailties were soon apparent. Ryan Fredericks headed an inswinging Tony Andreu corner off the line and Andy Lonergan palmed away a powerful drive from Lee Frecklington. Danny Ward had two shots deflected behind before Rotherham’s pressure paid off. From another corner, Kirk Broadfoot was given far too much room to head at goal and, although Fulham smothered that effort, Ferran Rawson rifled home the equaliser via the underside of the crossbar.

Fulham threatened again when a clever ball from American midfielder Emerson Hyndman released McCormack, but Camp was equal to his effort when one-on-one, saving away to his left. The Scottish striker made amends, however, with a gorgeous cross from the right, which Woodrow guided superbly into the far corner a minute before the break having stolen half a yard on Broadfoot. Woodrow was making the most of his first start in the league and he helped put the contest beyond the visitors just before the hour. His superb run down the right, following a McCormack pass, culminated in a low cross that a stretching Kacaniklic diverted home at the near post.

The Millers threw men forward in search of a route back into the contest, but despite creating a couple of good openings, it was Fulham who added a more convincing gloss to the scoreline. McCormack rifled home a deserved goal from ten yards with a powerful volley after Dan Burn had nodded down a free-kick. The comprehensive win lifted Fulham to eighteenth in the table, some six points above the drop zone, and gave Jokanovic a glimpse of some of the attacking talent he has at his disposal.