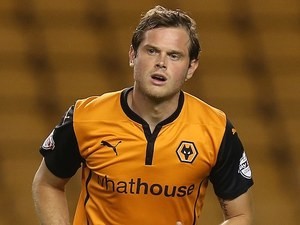 Richard Stearman is having a medical at Fulham this morning ahead of his proposed £2m move from Wolves.

The Wolves skipper was left out of their squad by manager Kenny Jackett for Saturday’s 2-1 win over Charlton Athletic after the two clubs agreed a fee. The deal is believed to be worth £2m, with Fulham paying a million up front and with another million in potential add-ons. The 28 year-old centre back, who was voted Wolves’ player of the year last season, has made 224 appearances in seven years at Moulineux and has previous Championship experience with both Leicester and Ipswich Town.

Stearman’s arrival could prompt a defensive departure at Craven Cottage, although not the one that had been rumoured overnight. It had been reported that Dan Burn was close to completing a surprise move to Sheffield United, but reports this morning are suggesting that Fulham have offered Nikolay Bodurov on loan to a number of Championship clubs and have received several positive responses.