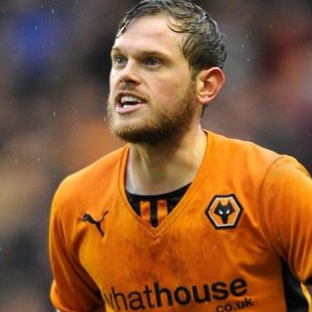 Fulham have completed the signing of Wolverhampton Wanderers defender Richard Stearman for an undisclosed fee. The former Wolves skipper has signed a three-year deal at Craven Cottage – and Fulham have the option of extending his contract by a further year.

The 28 year-old, who won last season’s player of the year award at Wolves, was a popular figure with the fans at Molineux and was one of Kit Symons’ first targets earlier in the summer as he looked to plug the weaknesses at the heart of Fulham’s defence. Stearman’s omission from Saturday’s side to face Charlton Athletic took many Wolves supporters by surprise – with manager Kenny Jackett confirming afterwards that the two clubs had agreed a fee for the former Leicester City defender. Stearman passed a medical at Motspur Park today and the deal is believed to be worth around £2m, with half payable immediately and another £1m dependent on clauses.

Stearman made his professional debut for Leicester just after his seventeenth birthday, helping the Foxes keep a clean sheet against Cardiff, and quickly established himself as a key member of City’s defence. His accomplished displays saw him win back-to-back player of the season awards and he signed for Wolves in 2008, making 40 appearances as his new club won the Championship title in his first season. Stearman was named in the Championship PFA Team of the Year and remained a regular as Wolves suffered back-to-back relegations.

Stearman teamed with his old manager Mick McCarthy on loan at Ipswich, but returned to Wolves and helped them win promotion from League One as champions and followed that up with an excellent season as Wolves finished seventh in the Championship last season. He made 234 appearances for the club, scoring six goals. Symons will hope that Stearman’s arrival will bolster a defence that struggled in the Championship last season – and he could well be paired with fellow new arrival, Tim Ream, when the Whites take on Blackburn Rovers after the international break.