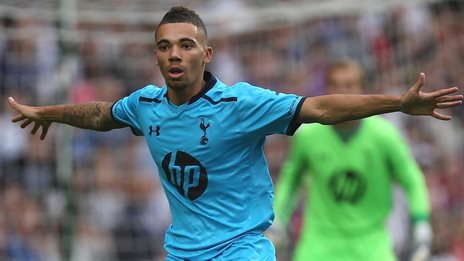 Fulham have this afternoon confirmed the signing of Bristol City full-back Ryan Fredericks for an undisclosed fee on a three-year contract.

The Whites moved quickly to secure the former Tottenham youngster’s signature after City boss Steve Cotterill revealed that Fredericks had asked to move on from Bristol City less than a month after deciding to join the newly promoted Championship side. Fredericks had been highly rated at White Hart Lane, making his first-team debut in Spurs’ Europa League tie against Hearts back in 2011, and impressed during a brief loan spell at Brentford the following season.

Fredericks also spent time on loan at Millwall, scoring on his debut against Ipswich, and Middlesbrough, whom he helped reach last season’s Championship play-off final, and has already featured in five Championship matches for Bristol City this campaign. The 22 year-old is expected to challenge Jazz Richards for the right back spot, with academy product Jack Grimmer facing a long lay-off after being stretchered off against Wycombe in the Capital One Cup earlier this month.

When I heard of the interest from Fulham I jumped at the chance and I’m delighted that we got it done so quickly. It’s a massive club that belongs back in the Premier League. Fulham’s a great area with big fans – it’s a good club.