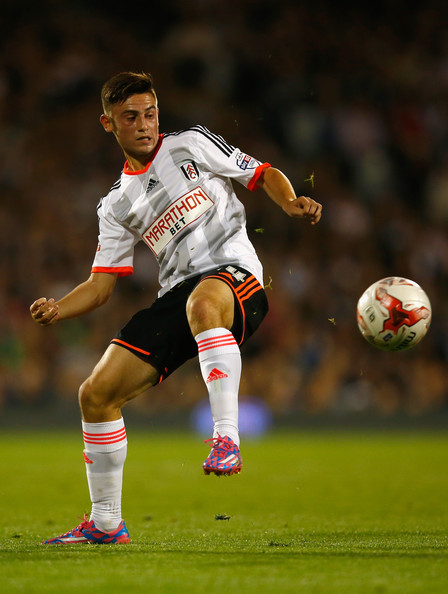 Paris Saint Germain are considering making an offer for Fulham teenager Patrick Roberts, according to a report in this morning’s Daily Mail.

The England youth international has been heavily linked with a summer transfer to Manchester City, who have reportedly tabled two offers for the midfielder over the past month. Fulham have placed a £10m price tag on the brightest prospect to come through the Motspur Park academy in many years, but Manchester City are reluctant to match the valuation given that Roberts has just a year to run on his current contract at Craven Cottage. The Championship side have offered the 18 year-old a new deal, with a rumoured £5,000 a week salary, but it is believed that Roberts feels this might be the right time to move on.

Should City fail to agree a deal with Fulham, the French champions could swoop in and secure Roberts’ signature at the end of his contract for as little as £300,000. Overseas clubs are only obliged to pay a nominal fee for youth players out of contract at their parent clubs, whereas the final fee for a domestic transfer would be set by an FA tribunal.

Roberts, who has been at Fulham since the age of 13, has been watched by scouts from all over Europe as he progressed through the Fulham youth team set-up. He was one of the key performers as Fulham reached the FA Youth Cup final in 2014 but did not figure as prominently as predicted during the club’s difficult first season back in the Championship, making just 20 appearances with most of them coming as a substitute. He has been a regular in the England youth sides, starring as the Under 17 team won the European Championships.