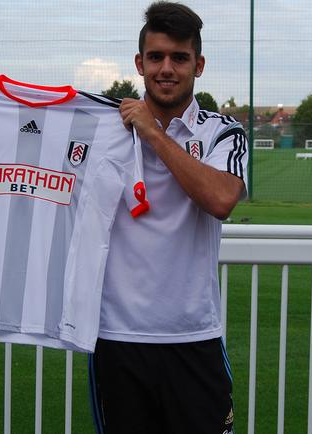 Genoa have approached Fulham about the possible transfer of centre back Tiago Casasola, according to a report in tomorrow’s Times.

The nineteen year-old defender only joined Fulham last summer from Boca Juniors but has failed to make an impression on the first team under Kit Symons. Whilst Casasola has featured regularly for the Argentinian national youth sides, he has made only brief appearances for Fulham’s under-21 side since his move to England and stayed behind whilst the first team toured Portugal this week. Casasola played for the under-21s in their 1-0 defeat by the Met Police in midweek.

The centre half, who had been tracked by the likes of Real Madrid and Barcelona in his earlier years, has two more years on his current contract at Craven Cottage and Fulham have an option to extend his deal by another year. The Serie A side are looking to strengthen their back line following several summer departures and it is likely that Fulham would demand a considerable fee for Casasola, who remains highly rated at Motspur Park and helped Argentina win the South American Youth Football Championship back in January.