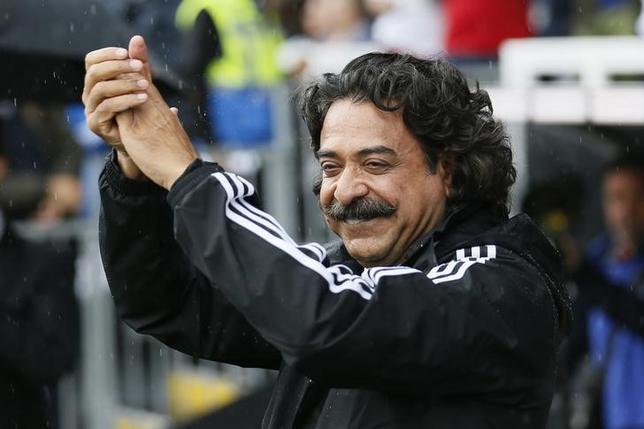 What was shaping up to be a quiet afternoon in front of the television yesterday was ruined by a fairly unbelievable splash in the Evening Standard. Fulham chairman Shahid Khan was preparing to put the club he currently owns up for sale, buy Tottenham Hotspur and move his American football franchise, the Jacksonville Jaguars, to Tottenham’s new stadium. If it stood up, it would be one hell of a story.

Fulham fans are, of course, fairly sceptical of the Evening Standard. London’s major evening paper has long shown an apparent indifference to the capital’s oldest club. Back when the Whites were languishing in the lower leagues, reports on the club were rarer than a London bus and when they did appear, they were far from accurate. Players’ names were mangled, new additions to the squad invented and some of our better performers were often listed as playing for the opposition. The paper practically wrote the ‘near enough is good enough’ feature for TOOFIF editor, David Lloyd. Not for nothing was the Standard commonly known as the ‘sub’ amongst Fulham fans.

But, given that rumours over the future of Craven Cottage have become an all too familiar part of Fulham’s history, I decided to run this particular story down. One of my colleagues at the Fulham Supporters’ Trust quickly made contact with Fulham and Khan’s spokesman, Jim Woodcock. The response was swift. ‘Complete nonsense,’ both said. The brevity of the club’s statement treated the story with the respect it seemed to deserve. Other journalists I reached out to were similarly dismissive of the story – ‘somebody’s got an active imagination,’ one wrote in an email to me and another rather waspishly reckoned it might be a slow news day at the Standard. A friend who works at Tottenham called it a ‘complete fabrication’ as Spurs would not countenance an approach in any case.

The story itself had very little in the way of concrete evidence to support it. Khan was supposedly ‘considering’ what would be a pretty serious move, but the plan was at ‘extremely formative stage,’ with ‘informal discussions’ having taken place between ‘key advisors’. I can understand that if you were planning to sell one club, buy another and move an American football side across the Atlantic you might want to keep it quiet, but even the Evening Standard might have wanted to get something substantial in print before running the story. Shahid Khan is a multi-millionaire and a successful businessman. I’m sure he’s ‘considering’ a lot of things – this surely isn’t one of them.

There’s no evidence of any discussions between Khan and Tottenham, something my contact at Spurs confirmed very quickly. Indeed, the whole genesis of the story seems to have been Tottenham’s recent announcement that they will host two NFL matches a year from 2018. There’s not even a mention in the whole article of Craven Cottage, where Fulham are planning to redevelop the Riverside Stand to increase the capacity to 30,000. Why would Khan continue with these plans, handing responsibility for their completion to chief executive Alistair Mackintosh, if he was ready to bid for another club? There was, of course, no sign of the Standard acknowledging that all the licenses needed for that development have now been granted – after a year-long wait – or that discussions with planning officers at Hammersmith & Fulham Council continue to take place.

The most salient sentence of the whole report came right at the end, when the Standard reluctantly quoted a spokesman for Khan as saying:

These reports are total nonsense and complete fiction.

The other angle to look at it from is that of the Jaguars. The financial returns of playing a couple of regular season fixtures at Wembley might be encouraging for Khan, but moving an NFL franchise to London is an entirely different ball game. Khan’s credentials as someone who understood the NFL and having a deep affection for the Jaguars were a key reason why Wayne Weaver was willing to sell the franchise he founded. The Jaguars have leased Everbank Field until 2030 and Khan has recently invested some serious money in improving the stadium. Once again, why would he do all that if he were looking to find the Jaguars a new home in London?

The Standard’s James Olley triumphantly tweeted his exclusive yesterday lunchtime. Since then, he has remained remarkably quiet. I wonder why. The truth is, as with so many things relating to Fulham, you’d be wise not to believe what you read in the sub-Standard.