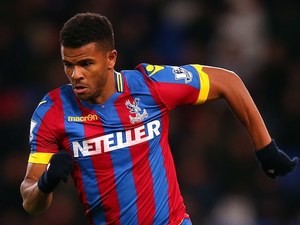 Eagles boss Alan Pardew has told the 27 year-old forward that he is surplus to requirements at Selhurst Park after failing to make much of impact with Palace since his £900,000 transfer from Cardiff City last summer. He scored five goals in 22 games and his eight-minute appearance as a substitute on the final day of the season against Swansea was his first in three months after being sidelined with a hamstring problem.

Campbell came through the youth set-up at Manchester United, but played just four first-team games at Old Trafford. He enjoyed a successful loan spell at Hull City helping them win promotion from the Championship via the play-offs, scoring 15 goals in 32 appearances and then joined Tottenham a season-long loan, scoring his first Premier League goal at Craven Cottage in November 2008. A £3.5m move to Sunderland the following year was wrecked by two anterior cruciate ligament injuries that kept him out of football for a year and a half, meaning he scored ten goals in 67 games on Wearside.

Having signed for Cardiff in January 2013, Campbell’s goals helped the Welsh club win promotion to the Premier League for the first time and he famously scored twice from set-pieces to record the Bluebirds’ first victory of the next campaign over defending champions Manchester City. He finished the season with nine goals and joined Palace in July 2014 after they matched the release clause in his contract.

Fulham are reportedly one of a number of clubs interested in signing the former England under-21 international and have also been linked with a move for Palace forward Dwight Gayle. Campbell’s rumoured £30,000-a-week wages could prove prohibitive, however, as Kit Symons looks to supplement his striking options.