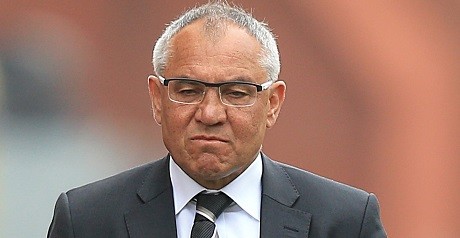 Fulham have sacked Felix Magath following their dreadful start to the season and replaced the German coach with former defender Kit Symons as a caretaker manager.

Magath, who replaced Rene Meulensteen at Craven Cottage in February, was unable to prevent the club from slipping out of the Premier League after thirteen seasons in the top flight, and had managed just one point from the first seven Championship fixtures. Fulham are rooted to the bottom of the Championship table and the decision comes after they were beaten 5-3 by league leaders Nottingham Forest at the City Ground last night.

This is an unfortunate but necessary change. I am doing what I feel is right and needed for Fulham, for today as well as tomorrow. I thank our supporters for standing by us during these most difficult of times on the pitch, and promise better days ahead.

Khan has pledged to personally lead ‘an immediate and thorough search’ for Magath’s long-term replacement and immediate responsibility for the first team will be handed to former Fulham centre back Kit Symons, who has been coach of the club’s Under 21 side and Under 18s and is credited with the rise of Fulham’s successful Academy. Symons, who scored 14 goals in 129 appearances in a three year spell at Craven Cottage as a player, is also assistant to former Fulham manager Chris Coleman, who is currently in charge of the Welsh national side.