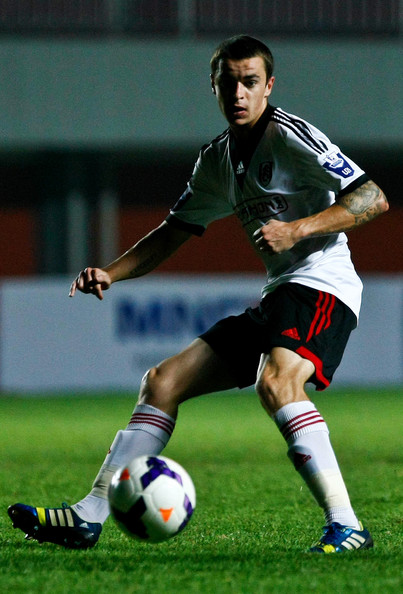 Sean Kavanagh admitted that his senior debut proved bittersweet after Fulham slipped to another defeat against Wolves last night – but he’s keen to target a regular spot in the starting line-up.

The 20 year-old academy graduate was a surprise selection as Felix Magath shuffled the pack after two successive defeats and another reverse didn’t dent Kavanagh’s pride at making the step up. After receiving the news that he would be making his debut, Kavanagh was straight on the phone to his Fulham and his shirt is already making its way to Dublin.

I had time to let my family know. As it happened, my dad was over so he got to see it; he got lucky, and my mum was very proud.

The left back admitted that there was a sense of frustration in the Fulham dressing room after another setback, but he remains confident that there are enough characters to help Magath’s side climb the table.

Frustration in the dressing room? Yeah, it is a bit. But we just need that first win and we’ll be OK. If we just keep creating chances, eventually we’ll take them.

Scotty (Parker) is a great role model; and we’ve got Hugo (Rodallega) as well with his experience who’s also good for team spirit, but my role model was John Arne Riise. I’m a big Liverpool fan and I used to look up to him. I use to base myself on him when I was younger. If I can do as well as him, I’ll be very happy.