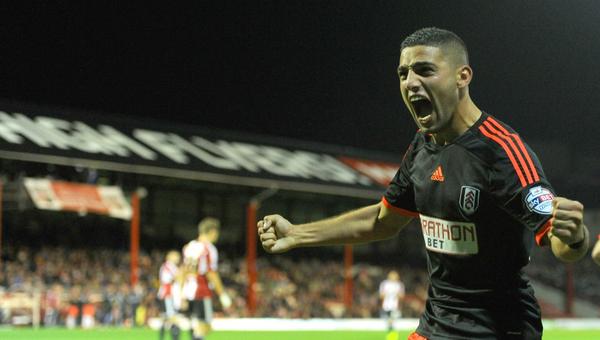 For many years, Fulham have been crying out for a creative midfielder. Danny Murphy was the last man in a white shirt able to run a game with sensible passing and unlock tightly packed defences and, whilst the powers that be should have been searching for his replacement whilst the former captain was still at the club, those qualities have been sorely missed since his departure. The hunt, however, should now be over. A confident Chris David oozes class and should be allowed the opportunity to make that position his own.

The young Dutchman was brought in amid great fanfare by Martin Jol, looked promising during last summer’s pre-season tour of Costa Rica and promptly disappeared. His re-emergence as a substitute against Crystal Palace in the last game of a truly forgettable campaign was encouraging – not just for the stunning goal that earned a point at the death – but for the purposeful nature of his play. Forward passes, adventurous running and a desire to get on the ball and make things happen. Having been in the team for the opening game at Ipswich and done little wrong – bar being on the wrong end of a few abrasive challenges – he had to wait until last night’s trip to Brentford in the League Cup for another opportunity.

Although he looked much more at home at the point of a fluid midfield diamond, David’s influence wasn’t restricted by starting out the right in a more traditional midfield four. Most of Fulham’s best moments came with him at the heart of them in the first half, whether it was a check in to bend a shot at goal on his stronger left foot or the intelligent, quick passing that opened up the Brentford defence before Cauley Woodrow’s spooned Kay Voser’s low cross high into the Ealing Road. Once switched into a more advanced central position, David found more time on the ball and utilised it effectively: linking the play cleverly with Ross McCormack and dropping into dangerous positions behind the strikers.

Felix Magath has tried many permutations already as he seeks a successful formula for the Championship but his best midfield must have David in it. He’s ambitious even from a wider position, although there’s a compelling argument for deploying David centrally, either as the advanced midfielder or as a deep-lying player next to Scott Parker, to allow Fulham to dictate play and be smarter in possession. His influence only increased the longer the game went on, sliding passes down the side of a tiring Brentford defence, and the quality of those through balls would prove decisive.

Mark Warburton had selected Spanish midfielder Marcos Tébar as a shield for the back four, but David easily escaped his attentions to settle the contest. Moving into space thirty yards from goal he cleverly worked a couple of quick one-twos with Ross McCormack – the second pass a thing of simple beauty – and the Scottish striker made his accomplished finish from an acute angle appear ridiculously easy. Another effortless pass sent Woodrow clear and the striker dragged his shot across goal and fractionally wide of the far post.

David’s early experience of the Championship – he was roughed up against Millwall too, collecting a nasty clout in the mouth in injury team – might just work in Fulham’s favour. It will toughen him up, making him a stronger presence on the field, hopefully without curbing any of his ambition on the ball. Fulham have sorely missed the quality of forward passes he provided at Griffin Park last night; it’s the sort of service an intelligent striker like McCormack will thrive upon. Ironically, with Nikolay Bodurov finishing the contest as a makeshift holding midfielder after Parker and Mark Fotheringham had gone off injury, perhaps it is a long-term answer as a defensive midfielder that should be occupying Magath’s mind now.