Magath ‘proud’ of his Fulham battlers 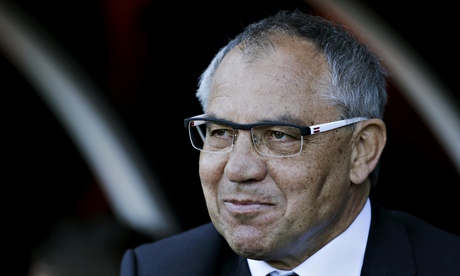 Felix Magath saluted his battling Fulham side after their crucial victory at Villa Park – and believes this afternoon’s win over Aston Villa can be their springboard towards safety.

Fulham moved off the bottom of the table thanks to Hugo Rodallega’s late winner, but Magath believes the result was even more significant for his fragile side’s confidence after they recovered from the setback off surrendering the lead given to them by Kieran Richardson’s sublime strike.

Yeah, we always believed we would win. oday, for me it was not only a win because we went in front and they got the equaliser. In these situations in the last few games we’ve gone down, but today we fought back and got the win, so I’m very happy and proud.

We played with the confidence that we are capable of producing and can stay in the league. The win gives us the right atmosphere (in the camp) to go on and to fight for Premier League safety. Our plan was to begin a little bit more defensive and in the second half I wanted to be a lot more attacking.

Magath was full of praise for Rodallega, who has had to wait for his chance under the new manager.

Hugo was in very good shape today. Not only did he score, but he was all over the park – such a flexible attacker.