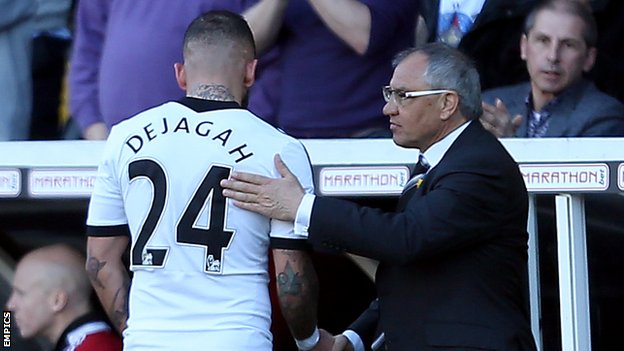 One of the few benefits of working Saturdays is that I’ve not been able to watch much of Fulham the last few months. Like most, I’ve grown weary of the lackadaisical displays, the disjoint between first team and our impressive youth, the incohesive mess on the pitch and the incohesive messes off the pitch, and yet, like most, I’ll still waste x amount of hours watching experienced professionals contrive to fail with the basics of football.

On the other hand, it means I miss the points I can enjoy, such as yesterday. For a period of time now I’ve accepted that we are destined for relegation and have developed a numbness that will carry me over until August where we can explore lots of new grounds and, with any luck, see this battle-weary ship revived. But it’s funny what a win can do. Suddenly, spirits are lifted among everyone. We’re ‘only’ four points behind 17th place, and the table looks a lot tighter now than 48 hours ago. From what I gather, we actually managed to put in a performance over ninety minutes instead of surrendering after an hour as has been our marker this season.

What really gives me hope however – and this includes if we go down – is the manager. West Brom away was initially gutsy, but we faded away, and Magath’s team selections seemed to point at a continuing, misaligned faith in the talents and mental fortitude of our ‘experience’. That was all refreshed yesterday. It was Mitroglou – what a farce – who was dropped, and not the young Cauley Woodrow. Riether, who’s continued to con his way in to the team despite a desperate level of performance this season, was replaced by Heitinga, who’s come in and really left a positive impression. Kaca got on the team sheet, as did Kasami, even if it did mean Holtby was wasted out wide (please don’t do that Felix). Stockdale too, displacing Stekelenberg after letting in two soft goals in Magath’s games. Add to that, Roberts and Tankovic have had appearances on the bench!

I’m really enthused by firstly Magath’s sensible development in understanding and secondly the declaration that our younger players are up for the battle more than your older players, because I really did think he’d come in and be a brute, a dinosaur. If nothing else, we will have more younger players embedded in the set up next season, and Magath could be the man to develop them. He’s made strong decisions, and clocked in three matches what Rene clocked in a dozen and what Jol failed entirely to see. Already there’s been more progression under his reign than either of our two/four managers have seen this season. With any luck, we’ll continue to win our home games – we have to – and other teams are worse than they appear. Maybe we can even do something against a vulnerable Manchester City, and I’m sure the striker in training will be begging Magath for a chance to be up against Demichelis. Will we see David stake a claim to fix our lack of ball-player in the midfield, or Lasse Vigen?

Anyway, let’s hope this is just the opening credits for The Great Escape Pt 2.