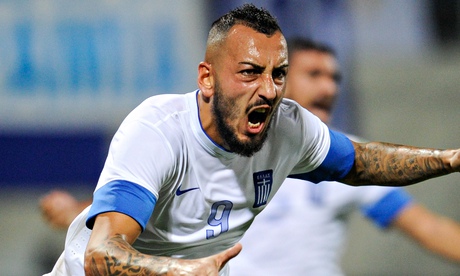 Kostas Mitroglou scored twice in a stunning start to his career in English football as Fulham’s under-21s won a thrilling encounter at Aston Villa 5-3 this afternoon.

The Greek striker, included as one of Fulham’s over-age players as he bids to return to full fitness following a knee injury, scored twice in a game played behind closed doors at Villa’s Bodymoor Heath training ground. He rattled in the opening goal from just outside the penalty area after nineteen minutes, firing an unstoppable shot beyond Benjamin Siegrist. As if that wasn’t enough of an indication of his quality, Mitroglou then curled in a terrific strike from 25 yards that looped over the stranded Villa keeper six minutes later.

Villa then scored three goals to turn the tide of the contest. Liam Donnelly inadvertently headed into his own net from a corner to halve Fulham’s lead and, then, after half-time, Callum Robinson clinically converted a clever pass from Jordan Browery to level the contest. The home side went in front when Daniel Johnson put away a penalty after had been felled inside the box, whilst Siegrest saved superbly from Mitroglou, who also hit the post with another effort, before coming off after 60 minutes.

Kit Symons’ side weren’t finished though. Cauley Woodrow, recently recalled from his loan spell at Southend United, volleyed home a corner from Lyle Della-Verde with twelve minutes to play before the former Luton striker restored the Fulham’s advantage with a smart finish after a surging run and cross from Donnelly. The visitors sealed the victory in freakish fashion five minutes from time when Marek Rodak’s goal-kick caught a gust of wind and flew past a startled Siegrest to ensure that Fulham bounced back from last week’s defeat by Chelsea in the best possible fashion.