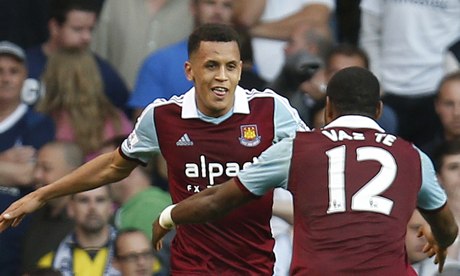 Fulham have had a bid for West Ham midfielder Ravel Morrison turned down, according to their manager Rene Meulensteen.

Speaking after Fulham’s 3-0 over Norwich City in their FA Cup third round replay this evening, Meulensteen confirmed that Fulham’s offer had been rejected by West Ham but added that he believed that the 20 year-old was keen on making the move to Craven Cottage.

Yes, we did make a bid. Yes, I think he does want to come. He would add pace, power, unpredictability and a real attacking threat. I don’t know what the situation is now, because that’s left with Alistair Mackintosh.

We got knocked back, it got rejected, and so we need to review it and move on. I’ve explained how I think about the situation (to the Fulham board), so we’ll have to wait and see what happens.

I’ve known him for a long, long time, but the thing is this: we have to wait and see how the club takes it forward as to whether there’s another bid. Well that’s what we’re hoping for. I’ve made my desires clear so I’ll leave it up to the relevant people to take forward. I don’t know the ins and outs. It’s very difficult in the January transfer window.

People always say, ‘Why don’t you do your business early’, and the answer’s simple, because you can’t. Clubs are in a similar situation, they know the longer they wait the higher the price will go. Or they gamble and nothing comes off. So you always see things stretching to the last week of the transfer window.