Things Are Bad At Fulham, But The Only Way Is Up 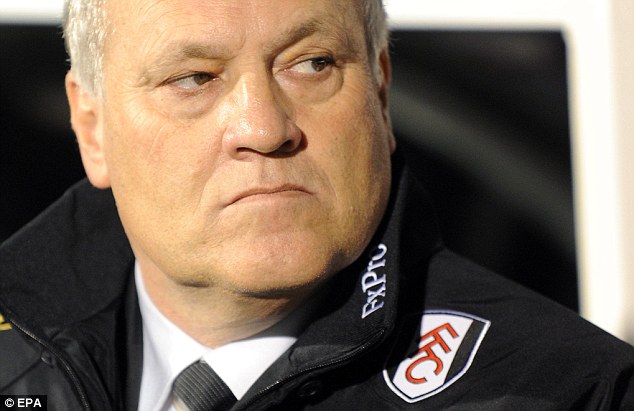 So, almost inevitably and as predicted by the man himself, Martin Jol has been sacked as Fulham manager less than 24 hours after Saturday’s defeat against West Ham. It followed a run of six successive losses (in all competitions), the climax to an abysmal run of form which included eighteen defeats in twenty four and a points return of around 35 from the last 38 games (estimated from the data a couple of weeks ago). Jol had always been a little sullied, but the aura of resignation that emanated from him in every press conference of the last few weeks seemed to turn this into a self-fulfilling prophecy anyway. Rarely are managers so defeated before their game has even finished.

To be honest, we’ve been playing so badly that it all seemed inevitable. Like a particle within the Schwarzschild radius, we were being sucked in to a black hole by the end of Jol’s, a rut from which there was no escape; even with the addition of renowned coach Rene Muelensteen things failed to improve.

And there’s just so much wrong with Fulham at the moment. There’s nothing to celebrate in the senior team at all. I won’t elaborate because it’s been done exhaustively before by anyone who has a word to say about Fulham, but everything from the lack of cohesion going forward to the abysmal defensive shape and organisation, about as much pattern in our play as the store layout of Holland & Barrett (you shouldn’t have to spend 20 minutes looking for wheatgerm), a complete failure to integrate the best youth team in England in to our first team squad outside of Europa League qualifiers, team lineups which chop-and-change arbitrarily, dropping players for no apparent reason, exiling others for no apparent reason, a team playing too individually, an unbalanced squad… There is a lot of Jol’s tenure in the last 13 months that is utterly baffling, and we are left with a team with no resolve, completely mismanaged.

And I say the last 13 months, because for a time Jol’s Fulham was quite gorgeous to watch. We put 5+ goals past teams 4 times within between October ’11-August ’12, and he gave us a wonderful double over QPR with some nice wins over the bigger teams too (we won at Anfield! What dreams are made of!). Our run of form after signing Pogrebnyak and Diarra was truly sparkling. It was why I was willing to give him time after an indifferent second season, to work out what our established norm was, and I don’t think I was being deluded or an apologist in doing that. It’s just a shame that we settled on ridiculous rather than sublime, and actually I would have gotten rid of him after the Cardiff game. Realistically, we should be grateful that we are on 10 points already, and not below Palace. We’ve had three wins in ever so fortunate circumstances, and the only game I can think of that we deserved to win over 90 minutes was West Brom at home – a game in which they scored from a last minute set piece, and can you think of a goal that sums up our current predicament more right now? 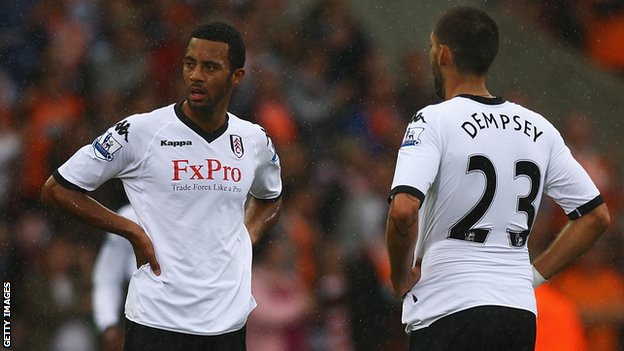 How about things outside of Jol’s control? Is he entirely to blame? Probably not. As I say, in the first season, we looked set for something special. Dembele and Diarra were blossoming as a partnership, and probably remains the most complete central midfield Fulham has ever had, most certainly one of the best in the League at the time. Dempsey, playing left midfield, broke all sorts of scoring records. Frei had broken through, and Kacaniklic was on his way up through the Fulham ranks too. But then Dempsey, desperate for Champions League football, moved to… Spurs… and then the US… while Dembele had an offer he couldn’t refuse from Tottenham also. Diarra’s loyalties were misplaced, and got injured with yet another career-defining knee injury which it looks unlikely he’ll ever recover from. The £22m from the Double D sale was not invested fully back in to the squad as it should have been, and with a team as old as ours we needed to go through a Milan-esque revamp of the squad. That didn’t happen. (And what was the point of appointing Muelentseen to work with Jol, then sacking Jol 17 days later? Why not just do it then and there?)

But our players are not so bad that we can’t manage a shot on target away at West Ham who were level on points going in to the game, or get outshot 20-6 in almost every game this season. You do not have to be of a certain standard of player to give commitment, and demonstrate an understanding of each other and themselves on the pitch. Those are universal qualities that are expected in every football team, from Barcelona to the Unibet divisions, and those qualities were wholly absent for far too long.

So, what now? I can’t work out if Muelensteen is our new permanent manager, it’s all a little vague and we are hearing different things depending on who you speak to. I am apprehensive because of his abysmal management of Brondby, but hopefully 6 years at United have learnt a little bit on how to deal with players. There’s no doubt he’s a good coach, but I would be much more comfortable with someone above him – a Director of Football even, who can produce a cohesive plan and comprehensive identity throughout the club. Perhaps Huw Jennings should get a little more influence too. If we DO go down, then we are in a good position to adapt well to the Championship, with a great Academy and plenty of high-earners contracts running down this summer. 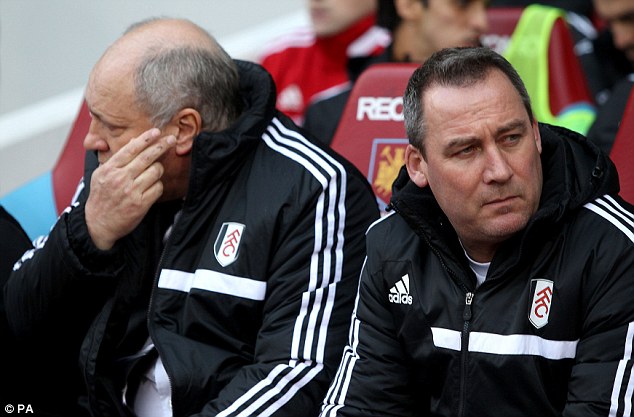 However, we are at a pit now where we are playing so badly that we cannot play any worse, surely. And then by definition, things can only get better. I have not enjoyed Fulham for a long time now, and I am desperate that we have something to excite us on the pitch, a bit of verve, fight, some reason to get out of our seat.

Finally, while I feel it was needed, it gives me no pleasure at all to see Jol get sacked. On a personal level, I don’t have a problem with him. He always spoke honestly I feel (maybe a little too honest at times, as I alluded to at the beginning), and he seems like an affable kind of guy who left with dignity, wishing the club well. And so I will have to say, some of the way us fans have acted towards him have been nothing short of disgraceful. Things got far too personal. Like how some fans would literally stop calling him by name, and prefer to use “FDM” (Fat Dutch Mess, but considering the belly of some of them I’d be careful about throwing stones in glass houses). “Dutch c***” was another popular one. At West Ham on Saturday, one fella behind me spent the last 20 minutes calling Ruiz and other Fulham supporters “spineless gayboys”, and sitting near Dan was someone who chanted “Muslims out!” at Taarabt. And I mean, really? Really? We want to call ourselves a dignified family club, when we act like this? This is what we have become? Like parodies of playground characters? It was not a negligible minority either – or the ‘younger generation’, as some’d like you to believe. This isn’t some kind of precious rant demonstrating how delicate I am, but our football club is sacred, and while things on the pitch have been next to awful, it is the behaviour among the supporters that really turned me off. I feel like we lost a bit of the soul that made Fulham. Rich hit the name on the head in his article when he spoke about people who want ‘our Fulham back’. This is our Fulham. Through thick and thin. So by all means, pass judgement on Jol’s managerial ability, or the players competence on the pitch. But at the end of the day, football is not worth sacrificing dignity and integrity, is it?