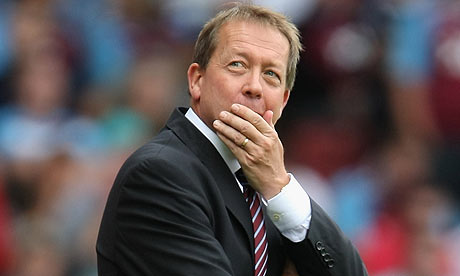 Fulham have tonight announced the appointment of the former Charlton Athletic manager Alan Curbishley as their new technical director.

The 56 year-old, who has been out of football since leaving West Ham in September 2008, is set to work alongside new head coach Rene Meulensteen as Fulham bid to starve off relegation from the top flight. Curbishley, who had fifteen years in charge of Charlton, will report directly to chief executive Alistair Mackintosh.

Meulensteen tonight voiced his approval of the appointment, saying:

I’m very happy that Alan has joined us as I know his expertise will be invaluable as we enter the remaining months of the season. Following Martin [Jol’s] departure I discussed with both Alistair Mackintosh and the Chairman the challenges we face, and I was delighted that they supported the idea of additional support within the coaching team.

Alan has a proven track record in the industry and understands full well what it takes to succeed. I look forward to sharing ideas and listening to advice, to ensure Fulham Football Club remains where it belongs: in the Premier League.

Curbishley’s track record of bring through young players in both of his managerial posts – as well as his success in keeping both sides in the top flight – are believed to have played a part in this surprise appointment. Fulham’s last experimentation with this type of role ended in a bitter power struggle between former Italy defender Franco Baresi and then manager, Jean Tigana, back in 2001.