Stockdale: I’ll make Stekelenburg work to be number one 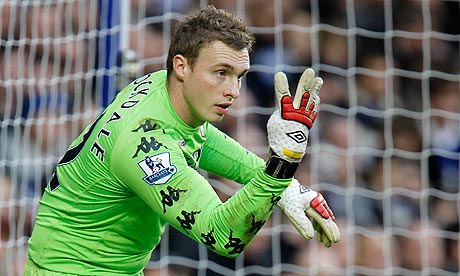 Stockdale, who spent much of last season helping Hull reach the top flight on loan, is ready to try and prove his worth to manager Martin Jol after the summer departure of Mark Schwarzer on a free transfer. Jol moved quickly to bring in Stekelenburg from Roma as Schwarzer’s replacement but Stockdale, who has made just 26 appearances in five years at Craven Cottage despite impressing in his cameos to date, is keen to try and make an impression:

I will make Maarten, or whoever is in front of me, work for their job. Just because Mark Schwarzer was No1 for all those years does not mean that I was easing off and letting him be there. Every day I have the chance to show the boss what I am capable of. When you are fighting to get into the first team you have got to really battle to make it.

Stockdale, who was included in England squads by Fabio Capello at the start of the Italian’s reign as national team coach, has made just eighteen league starts since moving to Fulham from Darlington in 2008.