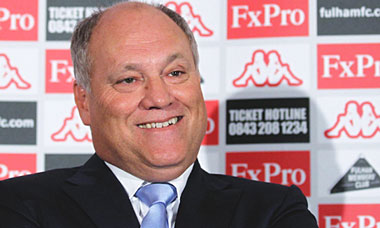 Martin Jol praised his players’ resilience after Fulham ground out a narrow opening day win at the Stadium of Light this afternoon.

I think it was a perfect away result but not a perfect performance. We had to grind out the result. It was a very scrappy game for us.

Sunderland put so many players up front – they had four attacking players. We didn’t do well at times. We have to try to control the midfield – we didn’t do that in the first half. We couldn’t keep it. We showed good team spirit. Adel Taarabt had to play 90 minutes despite not having a pre-season, similar for Pajtim Kasami and Matthew Briggs.

Jol was also pleased for Kasami, who has seen his first-team opportunities limited since he missed a crucial penalty in a League Cup defeat at Chelsea in his first season with the club:

He did well but needs momentum. With people coming back from international duty he really stepped up this afternoon and we came away with a good result.

The Fulham manager says it is too early to assess the full of extent of Maarten Stekelenburg’s injury after the Dutch goalkeeper was forced off having injured his shoulder in saving bravely at the feet of Jozy Altidore.

Hopefully he will be ok but we’ll have to wait and see.