Al Fayed, Thank You For Everything

Mohamed Al Fayed as owner of Fulham is all I have ever known. I started supporting shortly after he purchased the club (coincidentally), and being a 6 year old didn’t know what to expect. But really, I don’t think anyone could have expected what would go on to transpire over the next 16 years, and I don’t think words can quite describe how Al Fayed has impacted this club – so I expect this to be short – but I don’t think they are necessary either. Quite simply, Al Fayed has taken Fulham Football Club on the most amazing journey. From the bottom of the bottom to European finals, Premier League football, the creme de la creme of  footballing talent on the pitch of Craven Cottage every week, it’s unbelievable, it really is, and all while keeping the integrity of the club intact. It’s not been completely smooth – there was a time when it looked as if we’d never return to the Cottage, and Lawrie Sanchez was an unmitigated disaster – but we can, at this point, forgive him for that. The scale of the journey MAF and Fulham have been on together is simply staggering.

There is something unique about Al Fayed and Fulham I feel, that’s different from any other club-owner relationship, and what makes our bond so strong. He is a passionate man, eccentric, and likewise Fulham are an eccentric club. Both entities are rich in honesty and integrity, never apologising for what they are and what they represent. The money is important, of course it is, but Mohamed Al Fayed created a bond between himself and the supporters that goes far, far deeper than the disconnected, superficial sugar daddy glorification found among other clubs (like Chelsea and City). I get the sense that if their benefactors leave, they will miss the money – but we will miss the man.

Not only should we recognise what Al Fayed has done for us, but what he has left behind too. With CEO Alistair Mackintosh, the club are in safe hands. He has proved himself exceptionally competent and myself and the other members of the Fulham Supporters’ Trust were extremely encouraged by him in our meeting a few weeks ago. We are a stable Premier League club with a wise shift in focus from first team investment (which was considerable up until a couple of years ago) to focusing on youth. We are set to have an expansion of the Riverside Stand to develop our spiritual home, Craven Cottage, and with the current coaching set up and player roster there is a lot of promise there.

Al Fayed been through a lot aside since ’97 from Fulham – the death of his son, the battles with the press and Royal Family, the sale of Harrods – but all the while he has grown us in one way or another. The memories of bringing Michael Jackson on to the pitch for a Division 2 game (and then building a statue in his memory), the scarf waving, the outbursts, the We’re Not Real Madrid… Mohamed Al Fayed will be missed. Thanks for everything. 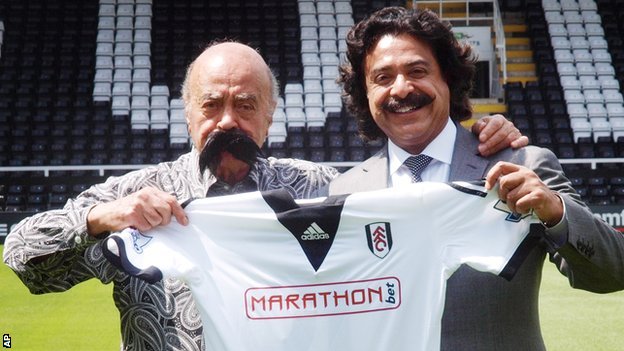