Burgess making the most of his Fulham chance 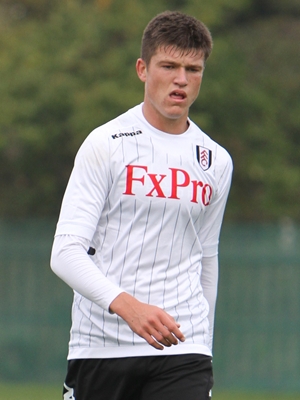 There’s an interesting piece in today’s Daily Record on Fulham youngster Cameron Burgess, who reckons an early move to Australia helped his development as a footballer.

Burgess was impressing for Australian outfit ECU Joondalup when he was invited to Motspur Park for a trial and, after earning a three-year contract, has been a regular fixture in the Under-18 side that lifted the Premier League title last month with victory over Reading in the final at Craven Cottage. The 17 year-old, who is most comfortable in central defence but can also play at left back, has gelled well with his compatriot Jack Grimmer and is delighted by how his move to London turned out.

I was with Celtic when they started rolling out their training camps and making it regional. Then I was picked up by Aberdeen. When I moved out to Australia the football wasn’t great. But I played a year ahead of myself and everyone in Australia is really fit. It helped my physicality and I improved that side of my game. I progressed to the stage that pro teams showed an interest.

I played in the state league when I was 16 and there were good players and coaches. There were a lot of guys from that scene who are now playing first-team football in the UK. I played a few games with Perth Glory but when the chance came to go on trial with Fulham I took it.

I’ve been in the Fulham Under-18 side for most of the season and we won the league last Sunday which was a great experience. It has been a good season and I’ve progressed a lot. We lifted the Premier title by beating Reading in the final.

I have just finished my first year and I have two years left on my deal. I’ve trained with the first team a few times and it’s a great set-up. If you are training well then you will get the opportunity.