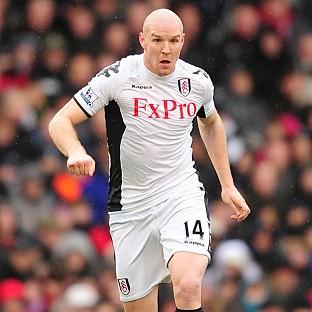 Phillipe Senderos has signed a one-year extension to his Fulham contract which will keep him at Craven Cottage until 2014.

The Swiss international, signed by Roy Hodgson in his final weeks at the club, joined from Arsenal on a free transfer in June 2010 but injured his Achilles tendon in his first training session at Motspur Park after returning from the World Cup. The injury sidelined Senderos for most his first season at Fulham and he made his first-team debut in the 3-0 win at Sunderland on 30 April 2011.

The 28 year-old started Martin Jol’s reign as a first choice centre back alongside Brede Hangeland but has largely been a back-up to the established partnership of Hangeland and Aaron Hughes. He returned to the starting line-up in place of Hughes after Fulham’s 4-1 FA Cup defeat at Manchester United in January and has recently helped Fulham to keep successive clean sheets against Norwich and Stoke City. Senderos has made 43 appearances for the club, scoring one goal, a headed winner in the last minute against Wigan last April.

Senderos told Fulham’s official website he was pleased to sign a new contract and believes the team can finish in the top half of the Premier League table again this season:

I’m delighted to extend my stay with the club by a further year. I’ve thoroughly enjoyed my time at Fulham so far and I love playing for this club.

I’m relishing playing first-team football and I’m confident that we can continue our recent good form and end the season strongly. A top-10 finish is certainly achievable.