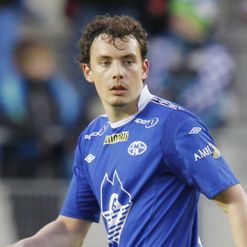 Sky Sports News are reporting that Fulham are the mystery club in talks with Molde over the potential signing of Vegard Forren.

The 24 year-old centre back, who has already played alongside Fulham captain Brede Hangeland in the Norwegian national side, has been closely monitored by a host of leading English sides, including Everton, Liverpool, Newcastle, Sunderland and Manchester United. Forren has helped Molde win back-to-back Norwegian league titles and twice turned down overtures from Club Brugge last December.

Molde manager Ole Gunnar Solksjaer confirmed that Forren wouldn’t be joining his international team-mates over the New Year as he was in talks with an unnamed England side about a potential transfer. Solksjaer said:

Vegard is not travelling to the national team camp, because we are in the final stages of negotiations with another club. It’s possible that Vegard will go for a medical check-up and negotiate his personal contract.