Berbatov plans to play until he’s 40 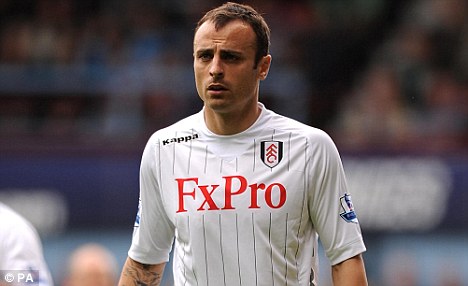 Dimitar Berbatov plans to follow in the footsteps of team-mate Mark Schwarzer and play on until he’s 40 – although he’s not sure whether he’ll finish his career at Fulham.

The Bulgarian striker, who has made an instant impact at Craven Cottage since arriving from Manchester United at the end of August, says he enjoys English football and, as his game has never been based around blistering pace or acceleration, might be able to extend his playing career for another nine years.

I’m not a keeper, Ryan Giggs or Paolo Maldini, but I want to play until I am 40. I want to play in England for several more years. I like England as a place. I like the mentality, culture and its football.

Berbatov is insistent, however, that he won’t go back on his decision to retire from international football, a choice he made back in 2010.

I’m standing by the decision I made more than two years ago. My time has passed.