Up next: West Bromwich Albion (a) 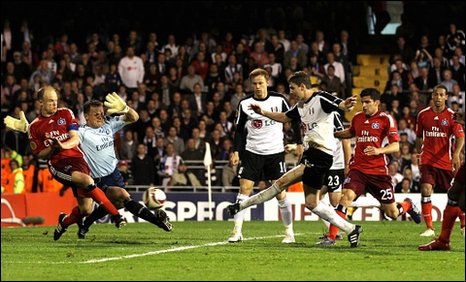 Can you remember back as far as before the international break and the transfer window? Prior to a woeful League Cup exit at Sheffield Wednesday, there was actually a bit of optimism abounding around Craven Cottage. Fulham had played some sublime football in the first week of the season, passing Norwich off the pitch with an elan and ease that raised expectations, only for Martin Jol’s side to repeat the trick at Old Trafford a week later and be unfortunate not to leave with a point. Then came that trip to Hillsborough, the departures of Mousa Dembele and Clint Dempsey, and in the wildly fluctuating mind of the ficklest Fulham fans, the Whites were suddenly nailed on for relegation.

Of course, the reality is somewhat more nuanced. Losing Dembele obviously leaves a whole in central midfield, but since Jol only fashioned him into a playmaker last Christmas, the Belgian’s stint alongside Mahmadou Diarra has been a short and successful experiment. Dempsey’s departure was far more inevitable once he didn’t feature during pre-season and there’s little point in dwelling on those who have left the club now. The immediate concern is that, with new signing Giorgos Karagounis short of match fitness and Diarra missing this afternoon, the Whites might be a bit short of bite in central midfield. Step forward Chris Baird, criminally underused by both Jol and Mark Hughes, who turned in a superb succession of appearances at the heart of the Fulham midfield in spring 2010, and probably has the best range of passing of a non-natural midfielder at Motspur Park. As Jimmy Bullard found out to his cost, Baird doesn’t hold back – and his meaner side might be needed against unbeaten West Brom this afternoon.

Anyone hoping to serenade the returning Zoltan Gera might have to direct their adulation towards the Riverside touchline for a while as Steve Clarke looks set to stick to the side that spoiled Everton’s ambitions of putting together a record run of league wins before the international period. That means that Gera might be joined on the bench by a couple of other internationals in Peter Odemwingie and Markus Rosenberg. Jol will need to construct a plan to contain the influential James Morrison, who has just signed a long-term contract at the Hawthorns, but the Baggies are far from a one-man side. Argentine Claudio Yacob has been talked up by some South American journalists as a worthy successor to Esteban Cambiasso in the famous number five shirt and, after he delivered the complete performance on his full debut against Liverpool, it is not difficult to see why.

Even if Fulham manage to subdue a Baggies midfield that must rival any of the top six in terms of industry and creativity – we’ve not even discussed Chris Brunt’s left foot yet – it’ll be tough to keep the likes of Shane Long and Romelu Lukaku quiet. Roy Hodgson considered signing Long whilst he was at Craven Cottage and promptly snapped up the Republic of Ireland forward last sumemr while he was building on a successful salvage operation in the Midlands. Long openly admits that he relishes the physical side of the game, while Lukaku, who reportedly turned down a loan move to Fulham after being persuaded to move to Birmingham by Clarke, will seek to exploit some of the fragility in Fulham’s defence that was on display when Andy Carroll dominated proceedings at West Ham a fortnight ago.

Fulham will certainly need to start well – all six of the league goals Jol’s side have conceded so far this season have been conceded in the first 45 minutes. The Baggies might not have won at the Cottage since October 1967 but are no longer a soft touch as demonstrated by Somon Tchoyi’s equaliser last season and a victory this afternoon might send them top of the table. Dimitar Berbatov, set to make his first start since his surprise arrival from Manchester United at the end of August, might have other plans though.