Behind Enemy Lines: Manchester United (A)

Answering the questions for our regular Behind Enemy Lines feature ahead of Fulham’s trip to Old Trafford this week,  is ‘The Boss’ from Trulyreds.com.

Hello and thanks for answering the questions. Firstly, how long have you supported Manchester United for?

I’ve been supporting Manchester United for twenty years. I was 7 years old at that time!

It has been another big transfer window for Manchester United, buying the likes of Shinji Kagawa and Nick Powell. How have they fitted in during pre-season?

Kagawa impressed me with his skills and vision during in pre-season, while Powell showed some signs that he will have a bright future with us.

United recently completed the major transfer of Robin Van Persie from Arsenal. Are you pleased to see him sign and do you think he will form a deadly partnership with Wayne Rooney?

All United fans were pleased to see last season top goal scorer wearing the red shirt! I think so, but this partnership will need some time to be as deadly as Fergie wants.

United’s season got off to a very disappointing start with Monday’s night defeat to Everton. Where did it go wrong, and do you think you will bounce back against Fulham?

It was a disappointing performance, but, let me admit it, Everton was the better team and they deserved the three points. We were enabled to break their tight defence and Fellaini did everything in football to secure an important home win for his team!

I think we can bounce back and win against Fulham. Although Fulham had a good first game against Norwich, their record against United at Old Trafford isn’t good at all as they have lost five times without scoring a single goal.

You lost out to Manchester City in the most dramatic of circumstances last season- do you think you can grab the title back this time around?

I believe we can win our title back, as long as we avoid last season mistakes (wasting easy points at home – conceding easy goals). We are unlucky to start the season with four injured defenders (Ferdinand, Jones, Evans and Smalling), but I think we can live with it once we find the net more often.

Are there any youngsters in the United squad who you expect to make a real impact on the Premier League this year?

Both Robbie Brady and Ryan Tunnicliffe did well with Hull City and Peterborough United last season. Sir Alex Ferguson will give them their chance with other young lads in the League Cup…So if they show their abilities, Sir Alex won’t hesitate to give them their Premier League debut!

Who is the United dangerman that Fulham should be watching out for during the match? 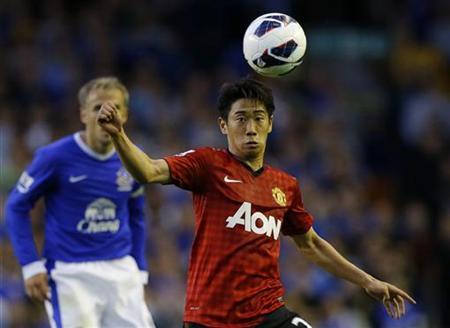 Shinji Kagawa, Everton gave him enough space but United didn’t use it particularly well on Monday night. I think you will need one man to mark him all the throughout the game. There’s also Antonio Valencia, especially if Sir Alex plays him in his natural position on the right flank.

If you could take put one Fulham player in the United squad, who would it be and why?

Not Moussa Dembélé! I know we have been linked with him during the summer. But in my view, I would take Clint Dempsey, I’ve been watching for him a lot. He is versatile attacking player give 100 per cent in every game and If Fulham can keep him at Craven Cottage for another season, you will be lucky!

How do you see Fulham’s season panning out?

The first game gave me a good impression about Fulham. Adding players like Rodallega and Petric to your squad would make any coach happy and I am sure Martin Jol won’t disappoint the fans at the end of the season. A place in next season Europa League will be a great achievement. My prediction you will stay within top 10.

And finally, of course, your predication for the match?

It will be difficult game for you at Old Trafford. I’m going for a final score of 2-0 to United.