We’ve all seen it happen in the Premier League- rich (sometimes royal, sometimes not even noble) men come along and see the chance to buy a football club that can be used to bring a certain respect to himself that cars and houses cannot bring. After all, Football is the world’s most popular sport. Utter the words “Manchester United” in any country, and they will almost certainly be recognized by any person you speak to. The World Cup Final in 2010 had an estimated viewing audience of 715.1 Million people or 1 out of every 10 people in the world. Saying that you own the team that, let’s imagine, won the Premier League will acquire you a certain respect that cars can’t provide. 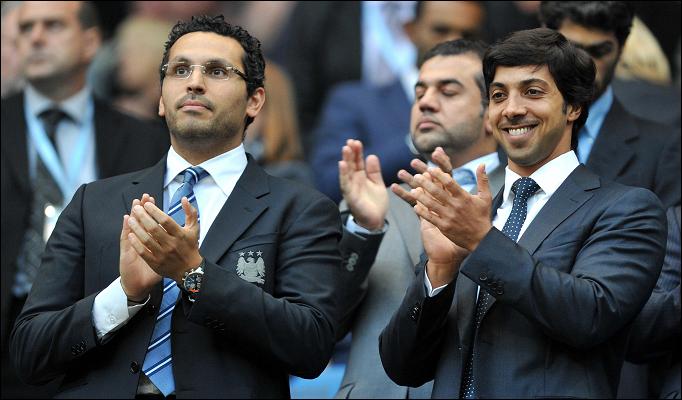 Does he really care for his club?

Now, excuse me for being a tad cynical in my opening statements, but the financial reports of our Blue neighbours and more recently the blue half of Manchester will almost certainly come back to haunt both clubs when the money sloshing round in football eventually comes crashing down (whenever that may be- 10 years, 50 years, or 100 years). You may wonder exactly what I’m talking about, why I’m discussing the idea of rich owners. Yes, you think, we have Al-Fayed. He’s rich, but he’s sensible-an example of the kind of owner every club dreams for. But then, Cottagers Confidential, posted something today that might just change that balance.

This piece of news popped onto my twitter feed tonight. Intrigued, I quickly clicked on the link. The article states that the Qatari Royal family are “Willing to buy out a 49% share in Fulham” that would see “Al Fayed still have control over the club”.

Now, going back to my opening statements of this article, I immediately rejected the notion in my head. On first sight, we would become just another rich man’s plaything. Endless money would be poured in, the managerial door would swing about faster than you can say “Bazinga”, a stadium move to a soulless bowl would soon follow and Fulham would lose the identity that made the club Fulham. The word “Fulhamish” would become just a past legend, a notion to something that used to be. Yes, we might win something, we might become successful, but Fulham would have entered into a Faustian Pact that would ensure we lose that something special that makes Fulham Fulham.

But then, I stopped. I thought. I pondered the subject for almost an hour, considering every possible avenue.

And my mind warmed to the idea. Not the idea of a Deal with Devil, not the idea of losing the very essence of Fulham but of welcoming these investors, as long as certain constrictions were made. The idea of controlled investment, sensible investment. Investment that may be done for more than a love of the club, but investment with owners that understood what this club means to so many people.

Fulham, and let’s be honest here, are stuck in a rut. Too good for the lower end of the table, but not good enough at the moment to be playing with the big boys at the top of the league. Somewhere along the line there has to be something that not only takes us to the top 6 or 7 but reinforces our position there. Sure, we may get lucky during one fantastic, history-making season, but without the investment we would surely drop out. It took a lot for us to not only get into the top 10 but to stay there- the first summer transfer window of Hodgson cost almost 25 million pounds. The core of that team remains, and the reason why we are in the position we are. Players have been added for 5 million here (Dembele), 9 million there (Ruiz) and they have firmly secured our position as a top 10 side. But to even get close to the big spenders and their respective positions money must be spent. Qatari Owners, with control of course, would enable this. Fulham could become a regular top six side, with a few ventures into Champions League football perhaps. That is something that is even too tempting for me. But as I scanned the article it seems to be something that would require the exact Faustian Pact that I had so been dreading. That was until I read on…

Cottagers Confidential states that Al-Fayed would still have the majority share- the majority say on the board. He would, in effect, still be the business mind behind the Club. The Qatari owners would therefore be nothing but the extra cash fund that is needed to push the club towards that goal. Al-Fayed, as we are all aware, is a fantastic owner- shrewd, prepared to spend when necessary but overall loyal to the club. Somebody who would not let the club fall into financial ruin. He would sanction the transfers to get us there (and keep us there) but he would be aware of the need to bring in young, re-sellable talent, not old stars. He has learnt first-hand about the proud history that the club retains with Craven Cottage, about the fierce fight that Fulham fans put up when faced with a move away from what is our spiritual and historical home. He would, I hope, resist a move away from the ground- after all, he has just sanctioned the spending of 30 million pounds on a world class stand.

A Display of Loyalty from Al-Fayed

It seems to be the perfect deal- rich investors but a sensible Chairman. The realisation of a project that was started in 1997, the realisation to make the club great again.

NB: The Riverside Stand application will not be heard on the 15th June, the next possible date for a hearing is the 8th July. The Agenda for that will be published the week before and of course the Hammy End team will keep you updated with the latest news.