My memories of Danny Fullbrook 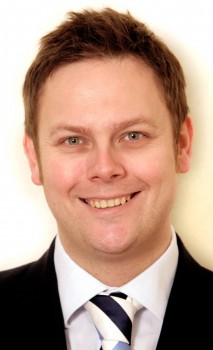 The news that Danny Fullbrook had lost his brave battle against cancer on Monday hit many people both in and outside football very hard. A measure of the esteem with which the passionate Daily Star chief football writer was held came with way Roy Hodgson and Steven Gerrard preceded an England press conference with their own personal tributes to one of the most honest and open football writers in the country – and how their words was followed by applause from the assembled press pack. I’m told that Shaun Custis’ speech on the loss of his good friend on the press plane into Krakow was similarly received.

I didn’t know Danny anywhere near as well as his press colleagues but he made a real impact on my life as a teenager. Some readers might recall that I used to compile a local sports paper/magazine, called Sportscene, and flog it after games at weekends and later next to David Lloyd outside the Hammersmith End. On his way to the Craven Cottage press box, Danny stopped to pick up a copy and have a chat about how the season might unfold under Jean Tigana. I thought nothing more of it until an email popped up in my inbox encouraging me to keep writing and offering his support and assistance.

That was typical of Danny. As a lifelong Fulham fan, he was used to the ups and (more regularly) downs of football. As he grew up watching a family club where the supporters mingled with the players, he possessed none of the cynicism that sometimes creeps into the more seasoned hacks. He made the effort to keep in contact – and we walked to the Cottage together discussing team selections, tactics and the uncertainty of Fulham’s historic home on more than one occasion – even though he was the Star’s chief football writer and had far more important matters to attend to.

His love for the game shone through in his work too. He was a terrific reporter at the Hull Daily Mail, where he made his first foray into journalism after studying at the University of Hull, and also covered the Midlands football scene for the Birmingham Evening Mail. He moved to London to join the Daily Star and spent time on the Sunday Mirror as well. The Star’s decision to award him their prized football position in 2000, at the age of just 28 (when aspiring journalists are still regarded as mere pups), was inspired. Danny cultivated relationships with players, managers and those who worked behind the scenes in football and was rewarded because he was trustworthy, a rare quality in these times when exclusives explode across the internet with little regard for their accuracy.

Danny’s work still stands the test of time. He was delighted to write the inside story of Fulham’s first season in the top flight, which is well worth a read if you’ve not come across it before. Danny’s genuine nature was never compromised by his rise to media prominence and, unlike many of the journalists who offer their thoughts on our game, he never forgot he was the voice of the match-going fan.

Danny’s encouragement was one of the main motivations for me to work closely with Nick Bylund to found this website back in 2003. One of his emails to me told me to ‘take your passion into whatever you do’. I didn’t know him well, but I simply tried to follow his example. Football – and society – are poorer places without him. My thoughts are with Danny’s family and friends during this difficult time.

If you would like to donate to Maggie’s Centres, in memory of Danny Fullbrook, you can do so via JustGiving.