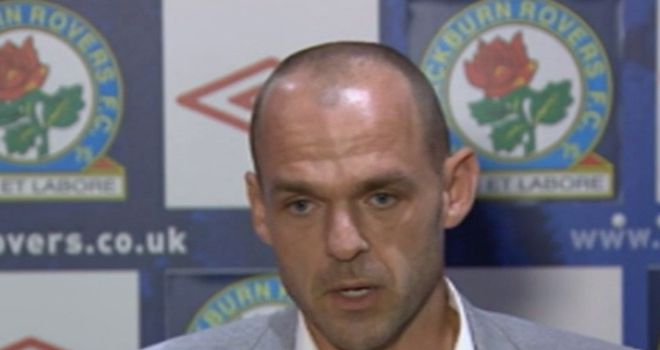 It 'felt like Danny Murphy had signed for Real Madrid today, according to one journalist

Danny Murphy explained this afternoon that his decision to join Blackburn Rovers was motivated by a desire to keep ‘performing and playing regularly’ after Fulham had intimated that they could not offer their captain a guarantee of first-team football at Craven Cottage.

The 35 year-old decided to join relegated Rovers after turning down Fulham’s offer of a one-year contract, preferring to be a big part of Blackburn’s push to return to the top flight at the first attempt under Steve Kean. Murphy managed 49 appearances for the Whites last season, but had been left out of the side by Martin Jol – and the Dutch coach made it clear that he would not be an automatic pick come August.

The conversation I’d had with Fulham was they wanted me to stay but they were maybe looking at bringing someone in to play instead of me rather than competing with me. I didn’t want to go down the road of finishing my career sitting, playing the odd game here and there. I’d rather be part of a new challenge and a project and that’s what this gave me.

I had a chat with Ray Lewington a couple of days before I signed and he made a very valid point to me – you’re a long time finished so don’t worry too much about the coaching aspect yet. He’s seen me play for a long time and I believe I’ve got the quality to keep playing. I think my level of performance and the amount of games that I’ve played has been a match for anyone.

Murphy admitted that he did have reservations about dropping out of the top flight initially having shined at Liverpool and being a key part of Fulham’s remarkable resurgence.

Initially I was a little bit reluctant in that respect, but the more I thought about it, the more influence I thought I could have at this level. I don’t think I have anything to prove in my career. I think my ego was initially what I worried about, but playing in the Championship is another challenge for me and one I’m really looking forward to

Murphy will always have a special place in Fulham folklore for his performances that helped fire the Great Escape, with that unexpected header at Portsmouth securing survival. Then, there was his four-year spell as captain that saw him lead the club to their highest ever league finish and a European final. His leadership, passion and those magic moments will live long in the memory.