Fulham in three-way fight for Rodriguez 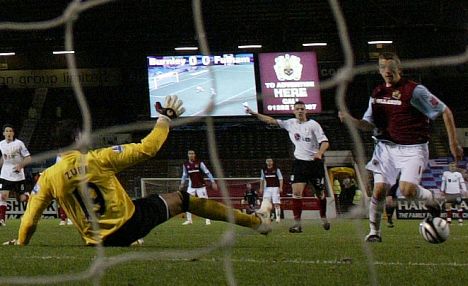 The Daily Mail claims that Fulham are one of three Premier League sides in the race to sign Burnley striker Jay Rodriguez.

Newly-promoted Southampton have had an long-standing interest in the 22 year-old and Nigel Adkins had an offer of around £5.5m rebuffed by Burnley during the January transfer window. The Mail report suggests that Everton are the latest club to join the chase for Rodriguez, who has 21 goals in 42 appearances for Burnley this side, but the Championship are holding out for an offer of £8m, despite the fact that the striker’s contract expires next summer.

Rodriguez has been regularly linked to Fulham as a transfer target and scored the winner when Burnley knocked Roy Hodgson’s side out of the League Cup in September 2008. The Burnley-born striker, who has one cap for the England under-21 side, has also reportedly interested Newcastle and Bolton in recent months. Rodriguez himself said only yesterday that he was ignoring all the speculation and was happy to have returned to the first team in Saturday’s 1-1 draw with Bristol City after eight games on the sidelines with a groin injury:

I don’t think anything of the speculation. You hear things but I don’t really listen to them because there’s nothing I can do. I’m still a Burnley player, I’m still contracted, so I’ll look forward to a nice break over the summer, then working hard and getting myself fit. We’ll see what happens.