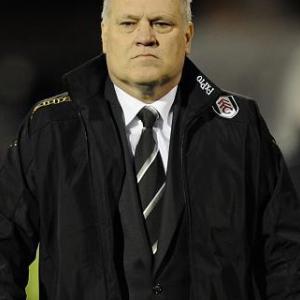 The overwhelming consensus from the City fans following Saturday evening’s defeat was that they couldn’t believe how Martin Jol had set Fulham up. The league leaders are unbeaten at home in a year and firing on all cylinders. Jol reportedly told ESPN’s pre-match interview that he planned to ‘take the game to them,’ but Fulham’s approach reminded me of just how adventurous Andre Vilas-Boas was at Old Trafford. It’s all very well going to play, but Clint Dempsey was far too isolated for Fulham to sustain any spells of pressure. The pretty passing on the edge of the box that hinted at a more positive second period predictably came to naught.

Jol dropped Bryan Ruiz – perhaps he was deemed too much of a extravagance for the City of Manchester – and deployed Damien Duff and Simon Davies in the wide positions. Nothing wrong with that per se, given that Duff was arguably our best performer against West Brom in midweek and Davies, despite his recent injury problems, remains the best crosser of a ball at the club. But we may be reaching the end of the line for Fulham’s inverted wingers experiment. The ploy worked brilliantly during our run to the Europa League final, with Duff scoring the crucial second goal in the quarter-final against Wolfsburg.

The potential for our evergreen Irishman to continue to profit by cutting in from the right remains, as shown by his fine first half run that almost magicked up an equaliser in Manchester and the goal that briefly gave us some hope up at Blackburn. But the success that the tactic brought was also down to the support from our full-backs on the overlap. Pantsil and Konchesky – both since departed – were often to be found in the final third and the flip side saw Davies and Duff being diligent defensively when the opposition had the ball.

Questions should be asked about whether our current full-backs will create another space for the wingers to exploit. Stephen Kelly’s had a good season, usurping Chris Baird as the first choice right back, but his crossing remains hit and miss. Baird had a difficult day against Adam Johnson on Saturday and struggled to replicate the form he showed at left back when drafted in as a replacement for Carlos Salcido last year. You get the sense that Jol would like to fit a footballer like Baird into his side, but he’d be far better on the other side of the defence or in midfield.

John Arne Riise was surprisingly dropped at the weekend. Jol’s use of the Norwegian as an auxiliary left-winger has been questioned throughout, with his rampaging runs forward not really having the effect that the manager would have envisaged. His final ball has been disappointing and Riise’s regularly caught up field when the opposition counter attack – as he was when West Brom equalised on Wednesday. The injured Matthew Briggs is surely the long-term alternative.

How Jol moves forward will be interesting, especially as the one lingering criticism from Tottenham fans was that he was tactically naive. We could move to a more conventional set up – particularly if Kerim Frei’s development warrants more game time. The teenager’s propensity to come inside on his right foot would suggest he may benefit from playing on the right, something which might see him dovetail effectively with the defensively-minded Kelly.