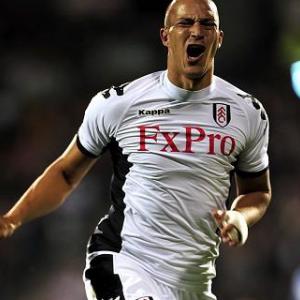 The Sunday People also reports that Bobby Zamora features highly on Aston Villa’s list of replacements for Darren Bent should the former Sunderland forward complete a rumoured move to Liverpool.

Several media outlets have suggested that Liverpool are preparing a big money bid for Bent this week, although Alex McLeish has strenuously denied that the England striker will be leaving Villa Park. Zamora rubbished reports that he could be on his way out of Fulham following his late winner against Arsenal on Monday but the People believe that Tottenham, Sunderland and QPR are interested in the 30 year-old.

Fulham’s £12m asking price is seen as too high to invite serious offers, although McLeish is known to be a long-term admirer of Zamora.