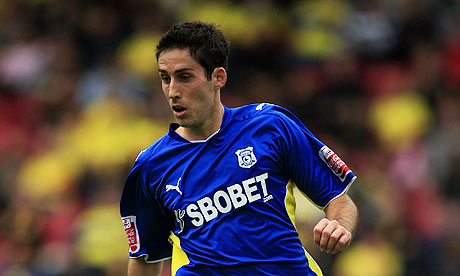 Roy Hodgson has tabled a £4m bid for Peter Whittingham in an attempt to beat former club Fulham to the Cardiff midfielder’s signature, according to the Daily Mirror.

West Brom have made the first formal approach for the former England under-21 international and their offer is designed to test Cardiff’s desire to keep hold of one of their key performers during the transfer window. The Bluebirds have already rejected a £3m offer from West Ham last month.

Fulham have been long-term admirers of the 27 year-old, who has scored eight goals in 29 games for the Welsh side so far this term. It remains to be seen whether Fulham will join the race to sign Whittingham, who is expected to face Crystal Palace in tomorrow night’s Carling Cup semi-final at Selhurst Park.