Fulham will stop at £6m for Lopez 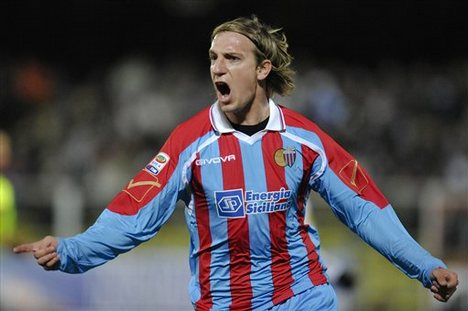 According to the Sun, Fulham have told Catania that they won’t match the Italian club’s £10m asking price for wantaway striker Maxi Lopez.

Martin Jol is prepared to offer up to £6m for the Argentine forward, who is expected to leave the Serie A side this month. Catania’s sporting director told an Italian radio station earlier this week that the club had received an offer from Fulham, but the player’s agent has said that he hasn’t yet had any contact with the English club.

Lopez, 27, has scored three goals in thirteen appearances for Catania this season, having helped them battle successfully against the drop in the past two campaigns.