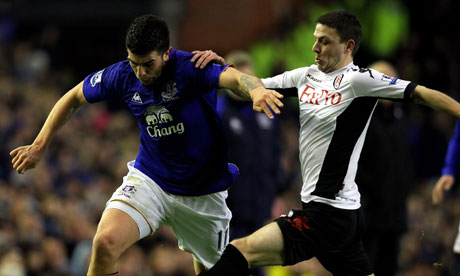 Roy Hodgson has confirmed that Chris Baird will be staying at Fulham after the London rebuffed his enquiry as to the Northern Ireland international’s availability.

The West Brom manager, who managed the versatile Baird during his three years at Craven Cottage, admitted that he would be interested in taking the former Southampton man to the Hawthorns but Fulham have told their former manager that the 29 year-old is not for sale.

His name has been mentioned and I said if he was going to be released we would be interested. Then I’ve been informed Fulham are not releasing him, so he’s not available.