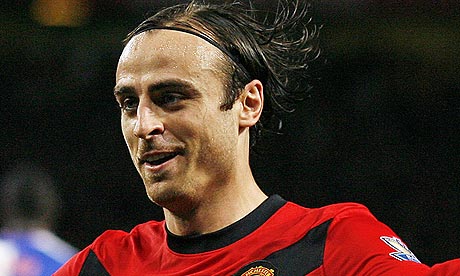 According to the Sunday People, Martin Jol wants to bring in Dimitar Berbatov on loan from Manchester United.

The Bulgarian striker has been linked with a move away from Old Trafford in the transfer window having struggled for first team football during this campaign, but if a permanent transfer doesn’t materialise then Sir Alex Ferguson may consider a short-term loan. The 30 year-old has only managed twelve appearances for United this season, scoring twice, and was disappointing during the Red Devils’ surprise Carling Cup exit at the hands of Crystal Palace in midweek.

There would be no shortage of suitors for Berbatov should he be inclined to leave Old Trafford. Rich Russian outfit Anzhi Makhachkala have already declared their interest in making him the latest big name signing to move east, but Berbatov would reportedly only consider moving to a club in a top European league.

A potential move to Craven Cottage would see Berbatov reunited with Jol, who brought the mercurial Bulgarian to English football when he was in charge at Tottenham back in 2006. The report also links Bobby Zamora with a Fulham exit, suggesting that the recently sacked Sunderland manager Steve Bruce was interested in putting together a £12m deal to take the England international to the Stadium of Light in January. The major sticking point in any Berbatov deal would be the question of the former Bayer Leverkusen forward’s £110,000-a-week wages as Fulham would probably only stretch to half of his current pay cheque.

The same paper also reports Fulham’s continuing interest in Crystal Palace full-back Nathaniel Clyne, who is out of contract in the summer. Clyne is also being chased by Newcastle, West Brom, Aston Villa and QPR. Jol has also been making enquiries about the Rayo Vallecano left-back Jose Manuel Casado, whose current deal also expires at the end of this season. Casado has been one of the major success stories in La Liga so far this year but Sporting Lisbon, Atletico Madrid and Villarreal would rival Fulham for the 25 year-old’s signature.