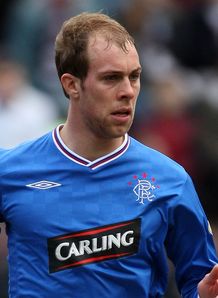 Martin Jol has placed a new right back high on his list of potential arrivals in the January transfer window after injury ended Zdenek Grygera’s season and personal reasons have ruled Chris Baird out of recent matches. Whittaker, who has made 197 appearances in more than four years at Ibrox since a £2m move from Hibernian, signed a new long-term contract worth more than a £1m a year last season but such is the club’s dire financial position that Rangers wouldn’t be able to turn down a big offer.

The sticking point might well be Rangers’ valuation of their 27 year-old Scottish international. Fulham would reportedly be willing to stretch to £3.5m to bring Whittaker down south, but the Scottish giants are ready to hold out for something more like £5m. Rangers owner Craig Whyte would like to make a dent in the club’s massive wage bill, although manager Ally McCoist is keen not to lose any of his key players as the race for the SPL title hots up.