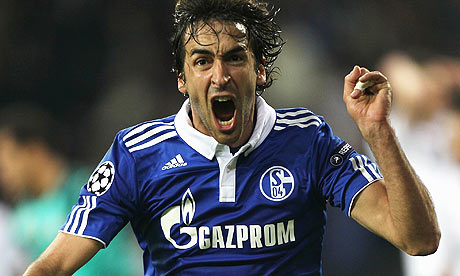 Fulham are considering making a move to bring Spanish legend Raul to Craven Cottage in the summer, according to the Daily Mail.

The 34 year-old, who is Spain’s leading international goalscorer, will be out of contract at Schalke at the end of this season and looks unlikely to stay with the Bundesliga side having only been offered a one-year deal. The paper claims that Fulham have already had initial discussions with Raul’s agent but have had to table a formal offer. The same report lists Blackburn as being interested in bringing the former Real Madrid striker to the Premier League.

Raul, who is Real’s highest all-time scorer, has scored 25 goals in 66 appearances for Schalke since leaving the Bernabeu in August 2010.